Many US Firms Getting Ready Early for XBRL and Considering its Use in the Wider Data Context, Says XBRL US Survey

Many US firms are taking action to get ready early for the introduction of XBRL tags for financial statements later this year, according to a recent survey by the American Institute of Certified Public Accountants (AICPA) and standards body XBRL US. A total of 73% of the 215 respondents had already begun their testing for the XBRL format in November last year, when the survey was carried out. Moreover, the majority of respondents, at 93%, had at least a basic knowledge of XBRL.

The majority of respondents seemed to be keen to work with vendors in order to enable them to create and submit their XBRL-formatted financial statements. According to the results, 55% of those who had already submitted XBRL-tagged data used consultants or outside vendors to create and submit, while 56% of those who had yet to submit planned to outsource to a service provider.

Campbell Pryde, chief standards officer for XBRL US, reckons the survey results are a good indicator of the level of seriousness with which the industry is treating XBRL: “It’s clear from this survey that external reporting managers recognize the importance of the XBRL creation process and are taking early steps to get educated. The same care and attention to detail that go into the preparation of any report going to investors and regulators must be applied on the XBRL documents.”

However, new processes are likely to bring implementation challenges and when asked about their biggest concerns, new filers responded that insufficient resources, at 35%, and a need to get educated, at 28%, was top on their minds. Respondents noted that the most challenging part of the process was mapping and tag selection (15%) and validation (9%). Those that have already submitted XBRL filings, on the other hand are more concerned with detailed footnote tagging, at 21%, obtaining information on how to increase the efficiencies in the preparation and submission process, at 14%, and the ongoing cost of XBRL creation and submission (12%).

Many firms are also seemingly open to the idea of using XBRL tagging beyond financial statements, especially in providing XBRL data for investors on their websites: 61% of respondents indicated that they were considering this. Less popular were incorporating XBRL into their internal financial process, at only 16%, and using XBRL data for internal reporting and analysis of information for management decisions, only 4%. However, the very fact that some firms are already considering the potential of XBRL beyond its mandated remit will likely be read as good news for the various XBRL initiatives going on at the moment, including that around corporate actions.

The awareness and preparation work will, after all, help to kick off XBRL tagging for corporate actions data in the US market. If the majority of the market is fully apprised of the processes required and are already partnering with vendors for financial reporting, it should be less of a struggle to get this tagging extended to other areas. The initiative being led by Swift, the Depository Trust & Clearing Corporation (DTCC) and XBRL US to implement XBRL for corporate actions data in the US will likely use this survey data as proof of the willingness of the market to take on board XBRL. Together, the three companies are hoping to build a corporate actions XBRL taxonomy with data elements aligned with the industry standard ISO 20022 repository elements.

The progress in the US with regards to XBRL tagging is also being closely monitored by the rest of the world. Towards the end of last year, the Committee of European Securities Regulators’ (CESR) issued a call for evidence on the use of a standard reporting format for financial reporting for issuers admitting securities for trading on regulated markets, including a discussion about XBRL’s value in this endeavour.

END_OF_DOCUMENT_TOKEN_TO_BE_REPLACED 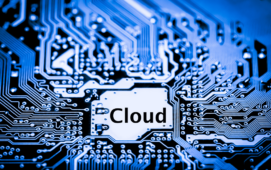 Bloomberg has added its Data License content to the AWS cloud, giving clients cloud-native access to Bloomberg OneData, which includes reference, pricing, and regulatory data, as well as research, corporate actions and alternative data for over 50 million securities and 30 thousand fields. Bloomberg Data License clients can integrate content directly into their AWS workloads...