This month I received clarification from our readers that despite years of hearing its doom foretold, STP is not yet dead and buried. In fact, it’s a key driver for investment in reference data management solutions, according to more than half of the respondents to Reference Data Review’s recent online readers’ poll.

When asked to identify the main driver behind their investment in reference data management, 52% of respondents cited STP and operational efficiency; a much higher percentage than those that identified risk management (24%), regulation (14%), or the impact of derivatives and structured products (10%). It is quite surprising that despite the focus on the risks posed by derivatives and structured products in the market at large, RDR readers did not rank these risks as a significant driver for investment in reference data projects. Especially given that the findings of A-Team Group’s recent research into the complex area of OTC derivatives highlighted these instruments as one of the three main forces driving the re-evaluation of data management practices (see last month’s issue of Reference Data Review). Perhaps STP is seen as the solution to tackling all of these issues – namely dealing with complex products, coping with regulatory change and getting a better handle on risk? STP in this role is the enabler to tackle challenges that arise from the market and is a driver for investment in itself due to the benefits it brings to an organisation. But it is not just STP that has witnessed a revival over the last few months. It seems that despite a quiet period of re-evaluation at the start of the year, Swift is moving forward with its plans for the BIC as an entity identifier, albeit in a modified form. Rather than an all-encompassing international identifier for all business entities worldwide, Swift is looking to provide BICs to corporate entities for the purposes of identification within financial messages. As Peter O’Keefe, Swift’s senior manager, broker-dealer services, explains in our lead story (see page 1), nobody has yet accepted or stated the intention to become the guardian of a database for all the corporates in the world, and neither is anyone likely to. O’Keefe reckons that the very idea of introducing an IBEI, as proposed by ISO last year, is currently unjustified. He points to the research by the EDM Council, BearingPoint and Swift (Reference Data Review, May 2008) as proof of the industry’s lack of “maturity” in this regard. Swift is therefore sticking to the area it knows best and has been engaged in the longest – the development and dissemination of standards for messaging between institutions. As such, it will be September before we know the status of the network’s plans for the BIC, when ISO will produce a consultation document on the subject. Another industry initiative in the pipeline is the recently discussed DTCC/ISO/XBRL collaboration for semantic interoperability around corporate actions. David Hands from the DTCC and Campbell Pryde from XBRL both took the time to explain the fundamentals of the project and what to expect next. Given the SEC’s plans to mandate the use of XBRL for financial reporting in the US, it seems that the groundwork for the project may already being laid. However, as Hands explains, it will be a long term project and the end goal of full STP in the corporate actions space is, as yet, a long way off. Hands is correct in his assumption that a standard needs a champion though, as the many standards projects that have fallen by the wayside due to lack of industry momentum have proven. The DTCC appears well placed for this in the US but it remains unclear whether the idea will have traction outside this market. As with many things, only time will tell.

END_OF_DOCUMENT_TOKEN_TO_BE_REPLACED 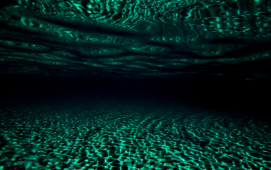