Lime Brokerage has rolled out its LimeDirect pre-trade risk service – providing compliance for SEC rule 15c3-5 while adding minimal latency. But unlike competitive services, the offering – which Lime officials say is based on an “innovative blend of hardware and software” – does not leverage FPGA technology, because Lime technologists believe it is too inflexible in terms of rapid code development and ongoing maintenance.

David Polen, managing director for systematic trading and product management at Lime, declines to provide details about the technology that is being used, but says that the performance is such that LimeDirect adds less than 250 nanoseconds of latency in each direction for a transaction. In this respect, he “firmly believes” LimeDirect to be the lowest latency pre-trade risk offering available.

Observers have speculated that network packet processors, as used by the likes of Artha Financial Technology, Fundamental Interactions and Mantara might be being leveraged by Lime, since they provide FPGA-like performance, but with better programmability.

As well as providing common 15c3-5 checks, such as fat finger, quantity, notional boundary and limit-too-far, LimeDirect also offers support for Reg NMS and Reg SHO, and can track aggregate exposures across multiple markets to maximise use of margin funds. It also generates end-of-day Oats reports.

LimeDirect can be deployed as a standalone service or in conjunction with other Lime offerings, including its LimeInside sponsored access service and its Citrius market data feeds. Customers might typically deploy LimeDirect with their own connectivity for markets where the lowest latency is required, and use LimeInside for other markets, where latency is less of a driver.

END_OF_DOCUMENT_TOKEN_TO_BE_REPLACED 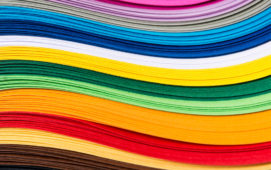