A survey conducted by Kinetic Partners of over 90 senior figures in the asset management, banking and broking industries shows a lack of confidence in future structures for regulating financial services in the UK. Nearly two thirds (65%) were not confident that the post-FSA structures within the Bank of England will be better than the existing situation.

The survey was conducted this week at Kinetic Partners’ 5th anniversary event at the Museum of London. Over 400 members of the asset management, banking and broking industry gathered to celebrate the firm’s success. In 2010 alone, Kinetic Partners has enjoyed revenue growth of 25% and a 27% increase in client roster. The firm expects continued growth and plans to expand their reach further by entering the Asia market, with a Hong Kong office set to open early 2011.

Julian Korek, a founding member of Kinetic Partners, said: “We work in an exciting, dynamic industry at best, but the last two years have been, without a doubt, two of the most turbulent years for the financial services in decades. It is interesting to note that as an industry we are still unsure as to the most appropriate regulatory structures to ensure the success and growth of our sector.”

END_OF_DOCUMENT_TOKEN_TO_BE_REPLACED 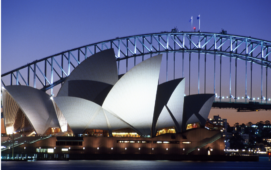 Systems management provider ASG Technologies has partnered with Sydney-based data analytics and enterprise performance management specialist Ascention to develop data governance and data lineage solutions for the Australian market. A recent survey of IT professionals by ASG found that two of the top barriers to realizing the full value of data in the enterprise are finding and...