After more than seven years with investment banking group JPMorgan Worldwide Securities Services, Ludwig D’Angelo has added a new reference data string to his financial services bow. D’Angelo, who has been focused on the front office as North American regional manager for trading technology for the last five years, is now in charge of the firm’s instrument reference data function.

Proof, yet again, that the front office function is becoming more closely aligned with the back office and the importance of reference data for the whole organisation is much clearer than ever before, D’Angelo is charged with overseeing the firm’s utility approach to instrument data. Given his market data and front office focused experience, D’Angelo will likely bring a vital downstream perspective to the overall project.

D’Angelo’s appointment comes in the wake of chief data officer (CDO) Peter Serenita’s exit last year. After 28 years of loyal service at JPMorgan, Serenita was poached by HSBC to take on the role of managing director and global head of Entity Services for its Global Banking and Global Markets division.

Serenita was the first ever CDO for JPMorgan’s Worldwide Securities Services and global head of Worldwide Securities Services Pricing Operations, two roles that he held for a period of three years. At the bank, he was charged with the further development of a centre of excellence for data management practices in order to measure STP rates for data and tackle the root causes of data errors.

D’Angelo will be supporting these endeavours in his new role. Prior to joining JPMorgan back in 2003, D’Angelo was managing principal at consultancy firm Capco for a couple of years, before which he was senior manager at KPMG Consulting for three years. Prior to this, he worked for Bankers Trust, the Swiss Banking Corporation and was director of real-time product marketing at Reuters for three years.

D’Angelo began his financial services career as a prop derivatives trader at Oppenheimer & Co back in 1985.

END_OF_DOCUMENT_TOKEN_TO_BE_REPLACED 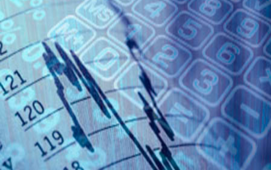 Société Générale has gone live with Opensee’s real-time self-service analytics platform. Initial uses of the platform are day-to-day regulatory reporting, management of the interest rate risk of the banking book (IRRBB), and management of market risk-related capital requirements linked to Fundamental Review of The Trading Book (FRTB) regulation. The bank will also implement the platform...