Jonathan Clark will leave Citisoft, the buy-side consultancy he cofounded 30 years ago and sold to Tech Mahindra in 2005, at the end of this month and take up the role of CEO at Pentagon Consulting Group, also a buy-side specialist, at the start of next month.

At Citisoft, Clark and his colleagues grew the company into a trans-Atlantic advisory and delivery consulting firm. When the company was acquired by Tech Mahindra, Clark combined the advisory and project leadership strengths of Citisoft with the offshore technology and business processing services of Tech Mahindra to offer the market an end-to-end service from strategy to day-to-day operations. He also set Tech Mahindra strategy to develop platforms that deliver specific managed services.

Among the platforms and services developed during Clark’s time at Tech Mahindra are a market data utility providing global security and price information, a pensions administration service, and a trade execution expense management service. Despite his impending departure from Citisoft, Clark says Tech Mahindra has asked him to continue to work with the company as a client of Pentagon.

At Pentagon, Clark will work alongside Matthew Peacock, the company’s cofounder and CEO, who will move to the position of executive chairman when Clark joins. Pentagon has over 10 years’ experience of implementing SimCorp and Markit EDM solutions and plans to develop relationships with additional software vendors and move up the value chain to add more advisory services to its implementation skills. With about 36 employees based mainly in London with a few in North America, Pentagon also plans to grow its employee base as it builds business in the UK, Europe and North America.

Clark says that after so long at Citisoft it is time for him to make a change and that he is looking forward to being back on the development side of the business and taking Pentagon into its next stage of growth. Clark will be based in London and becomes a shareholder in Pentagon along with Peacock.

END_OF_DOCUMENT_TOKEN_TO_BE_REPLACED 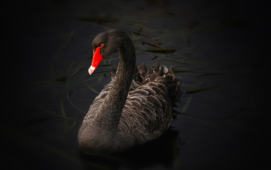 The Data Scientist and the Black Swan

Just a quick reminder to join our Data Management Summit USA Virtual next week and hear from some of the best speakers in the business. Keynote speakers include Linda Coffman, executive vice president at The SmartStream RDU, and Harry Chopra, chief client officer at AxiomSL. Coffman will discuss ‘data scientists in disguise’, with a view...