We first got wind of the MiFID directive at an industry roundtable discussion about reference data a little while back. There, our old friend Colin Wright of the Information Providers User Group (IPUG) innocuously raised the question of transparency for internally matched trades. The look of puzzlement on the faces of the industry practitioners at the session made it clear that MiFID would be sure to cause hand-wringing – both types – within the securities operations community.

Both types, because for every anxious operations executive within the financial institutions there will be a raft of opportunists within the vendor and consulting communities. As Gary Wright of CityCompass points out in these pages, the onset of MiFID may entail the kind of flurry of activity we last saw in the run-up to the new millennium.

Which is probably to be expected. Indeed, in the survey we conducted last autumn for Reuters, we found that it was regulation – rather than the much-coveted and widely espouse operational efficiencies of STP – that was the prime motivator behind enterprise reference data initiatives. In this day and age, senior executives – all the way up to COO and even CEO – found the prospect of incurring risk of damage to their firms’ reputations and ultimately, jail, appetizing. You can hardly blame them.

We are fortunate in this issue to be able to bring you the MiFID thoughts of Tony Kirby (RDUG and Accenture) and Gary Wright (CityCompass). Reference data is close to both men’s hearts. Both see MiFID for what it is: a perhaps onerous set of requirements – still yet to be fully determined – that will drive the industry to put its operational house in order. Wright compares the magnitude of the challenge with that of Y2K. Kirby argues that there will be “tectonic consequences for market structures, data management and competition issues.”

Some commentators have criticized the directive, describing it as too detailed in its requirements. In fact, concerns about complying with those details led the industry to demand that the deadline for implementation be pushed back from 2006 to 2007. It remains the case, however, that market participants have less than two years to get their collective act together.

Yet progress does seem to be being made, at least as far as reference data is concerned. We’re in the midst of collecting data for another of our surveys, and while we’re yet to draw up our final conclusions, we can report that the market has come a significant distance in terms of visible reference data management practices from the early days of Reference Data Review. We’re finding an astonishing level of sophistication within the user community that just wasn’t there two years ago. From this, we are encouraged that both types of hand-wringers will achieve their objectives with respect to MiFID’s implementation in 2007.

END_OF_DOCUMENT_TOKEN_TO_BE_REPLACED 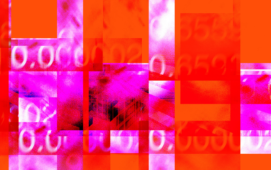