The International Swaps and Derivatives Association (ISDA) has raised its concerns about the representation of an entity’s financial position, solvency, and exposure to credit and liquidity risk in the proposals in the Financial Accounting Standards Board (FASB) and International Accounting Standards Board’s (IASB) recent exposure draft on the offsetting of financial assets and financial liabilities. In a letter to IASB chairman David Tweedie and the FASB’s director of technical application and implementation activities, Susan Cosper, ISDA indicates that it does not support the standards bodies’ chosen approach for achieving convergence in this particular area of accounting practices.

IASB and FASB have been working on achieving convergence between the US Generally Accepted Accounting Principles (GAAP) and International Financial Reporting Standards (IFRS) for some time. However, the US regulatory community has thus far failed to commit to a timeline for adoption of IFRS and there have been numerous hurdles to overcome during the standard setting process, of which this comment by ISDA is the latest.

In its comment letter, ISDA acknowledges the desire and offers its support for convergence in the area of offsetting financial assets and liabilities and commends IASB and FASB for working jointly to develop a common set of principles. The letter notes, however, that the proposed principles within FASB’s and IASB’s exposure draft “do not provide the most faithful representation of an entity’s financial position, solvency, and exposure to credit and liquidity risk, and will not improve the usefulness of financial statements”.

ISDA’s CEO Conrad Voldstad explains: “Reporting derivative assets and derivative liabilities on a gross basis pursuant to the proposal in the FASB/IASB exposure draft rather than on a net basis under current US GAAP would mislead users of financial statements by overstating the economic resources and obligations of the entity. There is a compelling argument that net presentation of all derivative transactions executed under legally enforceable master netting arrangements is more relevant and provides better information than presenting the individual transactions executed under those arrangements on a gross basis.”

ISDA therefore favours the current US GAAP offsetting principles as it reckons they provide the best reflection of an entity’s solvency and exposure to credit and liquidity risk. The basis for ISDA’s view is that, upon termination or settlement of transactions subject to a master netting arrangement, the individual derivative receivables do not represent resources to which general creditors have rights and individual derivative payables do not represent claims that are equal to the claims of general creditors. Instead, the net termination amount is the most relevant balance to present.

ISDA’s letter raises particular concern about the impact of the proposed changes on individual derivatives transactions that are subject to a single enforceable master netting agreement or its equivalent. The association contends that rather than being excluded as in the proposals of the FASB and IASB, these instruments should be eligible for offsetting in the balance sheet: “on the basis that such financial statement presentation is most faithfully representative of an entity’s resources and claims”.

It also criticises what it calls the “one size fits all” approach to the requirements for how companies should account for collateral and variation margin that secures exchange traded, centrally cleared and bilateral OTC derivatives. It “strongly” recommends the deletion of any specific reference to exchange traded futures, for example. It contends that a “principles-based” approach is preferable to the “rules-based” approach that is being pushed by the standards bodies.

Robert Pickel, ISDA’s executive vice chairman, adds: “As there is no consensus among financial statement users as to whether net or gross presentation is more useful, ISDA questions the boards’ decision to favour a model that impairs the usefulness of the financial statements while raising significant cost-benefit concerns.”

The cost of the move from GAAP to IFRS has been frequently raised as a concern by industry participants over the last couple of years. The move to IFRS by the US will have a significant impact on the pricing and valuations functions of internationally active financial institutions and, in the short term, on US firms that must adopt the new standards. It could also have an impact on data standardisation work going on around tracking systemic risk, such as the adoption of a new legal entity identification code, and vice versa.

The introduction of cost basis accounting, the concept of revaluation and an emphasis on fair value as part of IFRS are likely to compel the US government to take the next step of validating an entity’s cost basis revenues and the introduction of identification standards. It will not be cheap in the short term for those required to adapt their systems to meet the new requirements, but it could certainly bring down costs for international firms in the long term.

END_OF_DOCUMENT_TOKEN_TO_BE_REPLACED 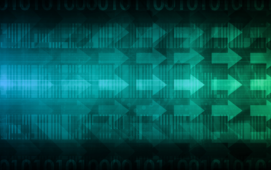 Regulatory reporting specialist AxiomSL has significantly expanded its Global Shareholding Disclosures Solution with the launch this week of its Sensitive Industries module covering over 600 rules across more than 80 countries. Developed in consultation with clients and partners, the new module attempts to address two key challenges that investment management organizations face in monitoring sensitive...