Intel claims that the 2600 can double the performance of computational applications, such as financial number crunching – analytics, complex algorithms, risk management. Implemented on 32-nanometre silicon, the chip features up to eight cores and is designed for two-socket servers, supporting up to 768 GB RAM.

Interestingly, Intel plans to install these chips not only in desktops and servers, but also in storage and network communications devices. For the latter, it will also look to technology from its Fulcrum Systems and QLogic acquisitions, potentially to one day become a credible competitor to the likes of Cisco Systems and Arista Networks.

Recorded Webinar: MiFID II: Is the market truly ready? Will compliance be achieved?

Don’t miss this opportunity to view the recording of this recently held webinar. This market facing webinar aims to share insight and best practices so you can be more successful in Markets in Financial Instruments Directive II (MiFID II) compliance. To support this, the webinar will provide access to the latest results of a global...

END_OF_DOCUMENT_TOKEN_TO_BE_REPLACED 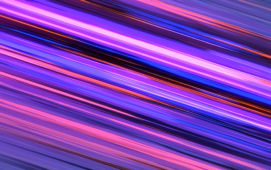