Intel Expands Networking Clout with QLogic Buy … But What Impact on Trading Systems?

Intel’s planned acquisition of QLogic’s InfiniBand business – announced last week – further advances its general ‘world domination’ plans in networking. And while its aspirations go way beyond low-latency trading, expect a trickle down that will over time impact how automated trading systems are implemented.

QLogic’s InfiniBand offerings – shortly to be owned by Intel – include switches and network cards, based on its own TrueScale silicon. It’s a product line that will “bring increased options and exceptional value to our data centre customers,” says an Intel executive.

Don’t expect much near-term impact on systems deployed in the financial markets, since QLogic was hardly a player in the vertical where InfiniBand and Mellanox Technologies are synonymous.

Longer term, though, Intel’s continuing push into networking will likely affect not only how data centres in general are built, but technology choices for those implementing low-latency architectures for financial trading.

Last year, it snapped up Fulcrum Microsystems, which develops Ethernet silicon that is found in switches from the likes of Arista Networks and IBM System Networking (Blade Network Technologies as was).

Now it has InfiniBand technology to go along with its strong Ethernet lineup. More significantly, its technology leadership credentials are strong enough to heavily influence technology directions in the financial markets.

While Ethernet technology is approaching the performance of InfiniBand in terms of latency and jitter, the general school of thought is that InfiniBand still has the edge, though it comes with implementation and management baggage. With Intel’s muscle behind Fulcrum’s core technology, further improvements in latency/jitter are very likely, as is packaging of compute and network processing on a single chip.

It will be interesting to see how Intel slices up the networking pie between Ethernet and InfiniBand. One might reasonably surmise that it will continue to push Ethernet in the financial markets, and direct InfiniBand to HPC applications, and leverage it for its many-core processor developments.

It will also be worth watching whether this acquisition also pushes Mellanox into a similar corporate event, as it faces increased competition in its general markets. Some have suggested that Oracle might make a pitch, since it uses Mellanox’s InfiniBand technology in several of its appliance products (including those tuned to run Java for financial trading). Oracle also has an 8.7% stake in Mellanox.

END_OF_DOCUMENT_TOKEN_TO_BE_REPLACED 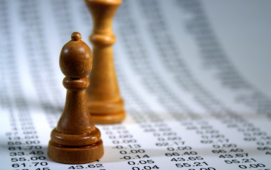