In its response to the European Securities and Markets Authority’s (ESMA) consultation on the Alternative Investment Fund Management Directive (AIFMD), the UK’s Investment Management Association (IMA) highlights the danger of overloading regulators with too much data for the purposes of systemic risk monitoring. IMA director Julie Patterson indicates that under the directive as it currently stands, regulators risk being buried under mountains of “superfluous data, which could lead to a build up of system risk being overlooked.”

Patterson says that rather than asking for such a wide ranging list of data items from firms in their reporting under AIFMD, ESMA should instead consider that “it is important that information is focused so we can readily identify and monitor potential causes of systemic risk.” Asking for the right data items is therefore key to this endeavour.

The IMA response to this particular buy side focused piece of regulation therefore has some similarities to the criticisms levelled at the Office of Financial Research (OFR) and the Dodd Frank Act by the International Securities Market Advisory Group (ISMAG) and Stephen Daffron, Morgan Stanley’s global head of operations, technology and data. Daffron spoke out about the subject during Sifma’s Operations and Technology Committee meeting in May and noted that the current state of the financial services industry’s raw data is not conducive to being fed into an analytics engine in order to track granular data such as parent/child hierarchies. He indicated three main points of concern: the sheer volume of unstructured data out there; the lack of consistency (of data itself and the OFR’s approach to that data); and the OFR’s intended approach to the challenge overall.

Back in September last year, John Gubert, chairman of ISMAG also noted that regulators would have difficulty sifting through and making sense of the data they are asking firms to provide for risk monitoring purposes. Indeed, he warned that it could result in death by data drowning.

Author and epistemologist Nassim Nicholas Taleb took the argument much further back in July, during a government organised conference on the subject of the OFR . Taleb, who is most famous for his book on unpredictability The Black Swan, suggested that relying on what he calls “sterile data” to monitor systemic risk could engender a false sense of security and is not therefore a worthwhile endeavour at which to throw government money.

Although Taleb’s comments are on the extreme side, serious concerns have therefore been raised about the capacity of the US OFR and other regulators to be able to effectively process and number crunch the high volumes of reference and economic data that they will receive from the industry in order to monitor systemic risk.

END_OF_DOCUMENT_TOKEN_TO_BE_REPLACED 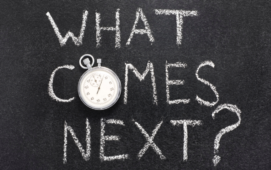 The UK Regulatory Regime after Brexit – What Comes Next?

By Martin Lovick, Director, and Bobby Johal, Managing Director, ACA Compliance Group. A regime in transition Investment managers are – quite rightly – focusing near-term on the cliff-edge nature of the UK/EU negotiations on future trade arrangements. Their contingency planning will have already considered the likely loss of passporting rights for UK firms exporting their...