Following the launch of its North American credit default swap (CDS) clearing operations at the start of March, IntercontinentalExchange (ICE) has indicated that it is planning to launch a European version in the next month or so. The ICE Trust clearing counterparty (CCP) will be used as the model for the new European operations and the firm is already talking to regulators and market participants in the region, says CEO Jeff Sprecher.

LCH.Clearnet and Liffe launched a joint offering in the CDS CCP space last year but it has been unable to attract significant volume. However, ICE does not seem deterred. According to the exchange operator, its CDS clearing effort is on course to bring in US$30 million in revenue this year. Clearly, given the success in the US, the potential revenues from Europe are an attractive proposition for the firm.

END_OF_DOCUMENT_TOKEN_TO_BE_REPLACED 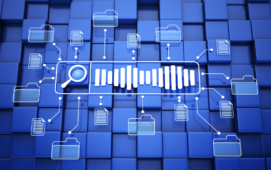 By Matt Smith, CEO of SteelEye. When it comes to the future of data management, one of the biggest challenges facing all firms is managing increasing data volumes from an ever-expanding range of sources. Looking at financial markets, we foresee 2021 as the year when firms focus on efficient and accurate data management as a...