Intercontinental Exchange’s ICE Benchmark Administration (IBA) is calling for feedback on proposed enhancements to Libor. The proposals have been published this week in a Position Paper on the Evolution of ICE Libor and include an expanded universe of transactions, a wider window for eligible transactions, and the need for consistent and reliable data.

IBA took over the administration of Libor in February 2014 and notes efforts to restore trust in the sullied benchmark such as the introduction by UK authorities of statutory regulation for the administration of, and submission to, Libor; implementation of IBA’s surveillance system; external auditing of the administrator and submitters; and an assessment of IBA by IOSCO against its Principles for Financial Benchmarks.

The position paper states: “As a result of these changes, Libor is now harder to manipulate, making it more likely that any attempt to manipulate will be discovered, and there are appropriate legal punishments associated with any attempts at manipulation.”

The administrator’s proposed enhancements to the benchmark include a unified transaction-based methodology for Libor submissions, including a more prescriptive calculation methodology using predefined parameters; expanding the universe of transactions; ensuring that transaction-based submissions are used as much as possible; widening the window for eligible transactions; creating robust analytical tools to solidify the methodology; defining the role of qualitative methods involving expert judgement; and ensuring consistency and reliability of data.

Commenting on the proposals, Finbarr Hutcheson, president of IBA, says: “The position paper represents a significant step forward in the Libor journey. At IBA, we are seeking to make Libor ever more robust by creating a methodology that can keep pace with today’s fast moving markets. We believe that IBA’s approach to evolving benchmarks will benefit Libor’s many and diverse stakeholders.”

IBA is seeking feedback on its proposals from all Libor stakeholders by Friday December 19, 2014. Its ongoing timetable for change shows plans to have worked with contributing banks to analyse available transaction data by the end of the first quarter of 2015. By the end of the second quarter, it plans to have considered the recommended Libor methodology in conjunction with the Bank of England and Financial Conduct Authority. By the end of 2015, the IBA intends to have publicly consulted on changes to the benchmark.

END_OF_DOCUMENT_TOKEN_TO_BE_REPLACED 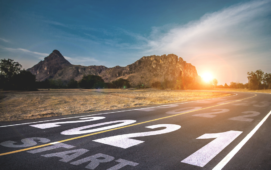 Solidatus, provider of a data management platform that allows businesses to rapidly map and visualise their data landscape, grew from strength to strength in 2020, and is on the cusp of further strategic development as it heads into 2021 with plans to accelerate growth, expand into the US and Asia Pacific, and release next-generation data...