19 February 2010
Subscribe to our newsletter
HSBC has been working on its group reference data management integration programme, dubbed One HSBC, for some time now and the work has resulted in the consolidated data management being able to track data usage, says Dominique Pujol, senior project manager in the EDM team. The bank has moved a large part of its reference data cleansing and management offshore to India and Kuala Lumpur and is no able to track data query turnaround times and improve its processes accordingly, explains Pujol.

The One HSBC integration programme drove the strategy behind a rationalisation of the banking group’s reference data teams and the various teams have now been largely consolidated. HSBC’s ex-global head of EDM Sally Hinds spoke about the details of this integration process, which has been ongoing for the last three years, at FIMA last year. The bank began the project by tackling the structured credit area and then moved on to set up two offshore centres in Bangalore to support London, Hong Kong and New York. In 2008 the team was forced to open a centre in another country, Kuala Lumpur, in order to ensure that it was covered for business continuity purposes.

HSBC has been able to tackle the EDM challenge holistically at an enterprise level due to the backing of senior management and the business across silos, says Pujol. His team began work on the project back in 2007 around instrument data: “The plan was to improve data quality and consistency, and thus the bank decided to create a global data team. Rather than different teams doing data management in slightly different ways for each business, we now have a single point of contact for the whole enterprise.”

The bank opted for a ‘lift and shift’ offshore model to begin with but has now been enabled to tweak processes and realise new levels of cost savings and efficiencies, he explains. “We did very little reengineering before we moved the teams offshore but now we are better able to spot inconsistencies, as the functions are consolidated.” The team therefore acts as something of a data utility for the group as a whole and provides “strong governance” for data quality, says Pujol. “We can look at how long it takes to turnaround data queries and how long it takes to set up a new instrument in the system, for example.”

The data management team onshore is able to track the peaks and troughs of offshore staff business and deploy them in a more efficient manner to be able to meet these market requirements. “For example, during down times in one asset class, we can move them over to work on another,” he explains.

The bank is also striving for a greater level of global consistency on the data provider side and has established groupings of providers by asset class to rate their capabilities. The use of an offshore team has allowed some cost savings, but these will likely be realised fully in the long term rather than the short term, acknowledges Pujol. The cost of moving data management offshore is not minimal as it requires expenditure on travel and training arrangements, among other considerations.

The practical benefit of having 24 hour coverage for data management is one clear win, however, and this is done both in offshore locations and onshore. “We have tried to provide a centralised hub for complex data requests and investigations onshore. There are centralised teams in London, Hong Kong and New York able to deal with these queries,” he explains.

The ongoing focus for HSBC’s data team is on increasing efficiency and productivity overall, he continues. To this end, the teams offshore are being trained to deal with cross asset class data management: “This has reduced staff churn in our offshore locations, which is of benefit to us because we want our data experts to stay within our teams. We have had surprisingly good staff retention over the last couple of years as a result.”

END_OF_DOCUMENT_TOKEN_TO_BE_REPLACED 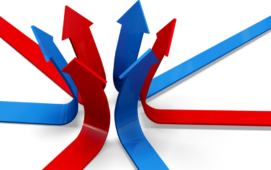