The sobering news this month that a number of financial services firms are already planning to (or likely to be compelled to) drastically reduce their headcounts in the back office could spell trouble for the data management job market, but good news for the vendor community.

The profile of the data cause may have risen up the corporate food chain, but it is unlikely to escape unscathed during another round of job cuts in the continuing tough economic climate and firms are therefore most likely to turn to offshoring and technology solutions to make up for the loss.

For example, at the start of the month, Royal Bank of Scotland (RBS) Group indicated that it is to cut around 3,500 jobs from its business services operations and technology services teams, and move a further 500 roles offshore. Given its data management team has just passed the data quality maintenance work for its entity database over to its Chennai-based team (following a two year project), does this mean some of those based in the UK will face the chop? RBS has already moved its offshore operations from Singapore to India to bring down its costs further as part of its Marco Polo project. Every saving counts (especially when you are 84% owned by HM Treasury).

The pressure to cut costs quickly has certainly increased the attractiveness of offshoring and technology outsourcing contracts for the larger players and smaller players on the block, respectively. Large firms such as Bank of New York Mellon and HSBC have long been proponents of offshoring. After all, it allows these firms to meet the many new regulatory requirements and deal with the new related data processing requirements at the same time as achieving savings with regards to staff, operating costs and scalability.

No wonder then, that HSBC has opted to move more and more roles over to its offshore locations in Kuala Lumpur and India. Both RBS and HSBC offshored using a ‘lift and shift’ approach, essentially taking the same processes and moving them to a different regional centre with lower cost staff.

Moreover, according to recent estimates by New York-based analyst Meredith Whitney (formerly of Oppenheimer & Co), securities firms around the world could cut as many as 80,000 jobs in the next 18 months as a result of “structural changes”. These changes are therefore likely to include some degree of lifting and shifting offshore for those at the larger end of the financial services firm spectrum.

For those at the other end of the scale, especially those within the buy side community, outsourcing has become a much more appealing concept. Of course, there are still some reservations within the market about keeping a handle on key data processes, but given the increasing number of offerings in the market that purport to grant increased levels of control to users (see Netik or Asset Control’s recent offerings for example), these barriers may be breaking down. If figures from a survey conducted earlier this year by data quality management solution vendor MoneyMate are to be believed, data management outsourcing is on the rise, with 80% of respondents considering the move.

Of course, any such research has to be taken with a pinch of salt, but it is indicative that firms are more willing than ever to discuss the potential to outsource (even if they aren’t actually implementing these changes yet).

END_OF_DOCUMENT_TOKEN_TO_BE_REPLACED 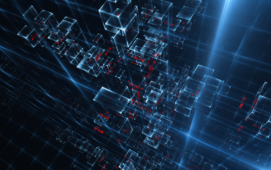 By Keith Bunnell, Global Head of Data Management Services, Bloomberg. Information has always been the lifeblood of the financial industry. A money manager with more data that provides real insights will have an edge over its competitors. That isn’t new. What is new is the amount of data and the types of data that are...