GoldenSource has bolstered its ranks with the hire of two new senior executives. Ed Gallagher joins as senior vice president, head of sales and client operations for the Americas, and Neil Edelstein is the vendor’s new senior director of product solutions.

Gallagher was most recently president and CEO of independent research provider Rapid Ratings, and his 25 years in the securities industry have included stints at Deutsche Bank, ADP Brokerage (now Broadridge) and Pershing. He believes data centralisation offers an opportunity for firms to “extract further financial efficiencies and benefits from the five to seven years of merger activity that we have seen in the US”, and that the GoldenSource solution “is designed to make the inevitable consolidation (of security masters) easier”.

Edelstein’s career has included roles at S&P, Interactive Data and Thomson, as well as consulting positions at Accenture and most recently a brief turn at New York-based Jordan & Jordan (Reference Data Review, February 2007). He was attracted to GoldenSource, he says, because, in his capacity as a consultant, “more and more frequently” he was recommending its solution.

END_OF_DOCUMENT_TOKEN_TO_BE_REPLACED 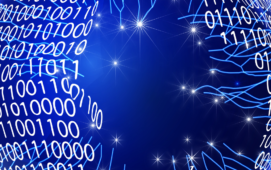