As operational applications in the financial services industry — mirroring their cousins in general business apps and consumer services apps — continue to get smaller and sleeker, Chicago-based electronic trading technologies provider Trading Technologies (TT) is taking the opposite tack.

Since December, TT has gradually rolled out its new service TT Desktop, which offers complex workspaces spread over as many as 16 desktop monitors at a time, using browser technology. While the company continues to support its X_TRADER order-entry platform, which operates without using a browser, TT Desktop adds power and capabilities to what that platform can do, according to Jason Shaffer, director of execution services at Trading Technologies.

From 2009 to 2015, Shaffer worked as a proprietary futures trader for TT, before shifting to the company’s product development arm, so he brought a trader’s perspective to the use of systems being developed. Intelligent Trading Technology spoke with Shaffer about the development and rollout of TT Desktop, and how it may expand TT’s customer base.

“The bar for a full-fledged desktop application is it had to meet the needs of our most demanding customers,” he says. “Over the last two years, there’s been a pretty rapid evolution of the technology that we’re using, which facilitated getting us where we needed to be from a performance perspective.”

The development of TT Desktop began in earnest in the middle of 2016, with performance testing and work on improving the user experience provided, according to Shaffer. TT began making a beta version of TT Desktop available by the end of 2016, and made the service widely available on April 27 to TT customers and in a free demo version.

For about three months before the beta release, TT’s product engineering and management teams tested the limits of TT Desktop, Shaffer recalls. “Once testing was complete, we were more comfortable putting it in the hands of customers who would be trading real money, even on a beta version,” he says. “The feedback from beta users was overwhelmingly positive.”

The difference provided by TT Desktop is the ability to deploy processing power to heavy loads of incoming data, including price updates and order activity. “In a browser world, you have only one window available to you. You may have Excel, news feeds and other applications all running at once,” says Shaffer. “You can’t have a single browser window stretched across multiple monitors. If you need flexibility in your workspace arrangement, TT Desktop will be right.

“From an ease of development perspective, our iteration speed, and ability to scale and support our software are significantly higher,” he adds.

TT is continuing to optimise the performance of TT Desktop, according to Shaffer. “A lot of our forward progress will be in the features and functionality, and different customer use cases that you can enable through the platform as a whole,” he says.

Still, TT Desktop is built on the same code as a simpler browser-based version of TT’s service, and as a result, improvements made to TT Desktop may also appear in the prior browser-based version. The TT platform creates and executes spreads, charts and price for analysis. It can simulate trading and does automate trading, while TT Desktop, with its maximised view of markets, provides front-end trading using software-as-a-service delivery.

Don’t miss this opportunity to view the recording of this recently held webinar. To date, the industry’s regulatory compliance focus for upcoming European MiFID II and Market Abuse Regulation (MAR) has been on issues including the structure of trading facilities, systematic internalisation, governance, best execution and time-stamping. MiFID II and MAR also contain provisions, however,...

END_OF_DOCUMENT_TOKEN_TO_BE_REPLACED 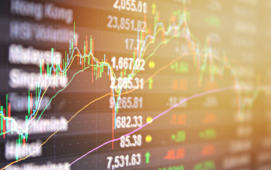 MayStreet, provider of a capital markets platform delivering low-latency connectivity and high-precision market data, has assumed the role of market data provider to the US Securities and Exchange Commission’s (SEC) Market Information Data Analytics System (MIDAS) following its acquisition of the Thesys Technologies business that previously supported the system. The MIDAS platform combines technology and...