They say timing is everything, so perhaps it was fortuitous that I managed to catch up with David Stanton – Cable & Wireless Worldwide’s man in Singapore – just a few days before news of Singapore Exchange’s interest in the Australian Stock Exchange hit the wires. But as I’ve noted here in the past few days, even before the SGX/ASX development, the world and his or her dog appears to be gazing eastward at the moment.

Much has been made of the SGX/ASX deal, which is being heralded in some quarters as a paradigm shift in how liquidity is created in Asia. That may be so; certainly it mimicks the kind of liquidity consolidation that has seen the creation of entities like NYSE Euronext in Europe.

Others are sceptical. One head of a European execution venue we spoke to this week wonders whether Australia truly has the appetite for relinquishing control of capital creation to an entity based in another sovereign territory. That’s a very good question, given Australian regulators’ foot-dragging over the likes of Chi-X Australia and AXE ECN, in the latter case perhaps fatally).

But whether or not the SGX/ASX deal gets done, there are many indicators that Asia – after several false starts – may have the opportunity to skip a generation of market structure and related technology and connectivity, and effectively fast-forward to a trading environment that leapfrogs post-Reg NMS US and post-MiFID Europe.

Sticking to the knitting at hand, SGX/ASX wasn’t the only big news in this regard this past week. The fact that local Asian low latency network and proximity hosting supplier KVH announced plans to upgrade its network for the Japanese trading marketplace didn’t go unnoticed.

The new KVH network will initially be offered to firms in the Tokyo metropolitan area, followed by Osaka and Yokohama. To boost its low latency capability, KVH will use the Infinera DTN Digital ROADM system with integrated OTN switching. This will allow KVH to offer services from 1 Gigabit/second to 40Gb/s, with plans for 100Gb/s. Client onboarding will take days rather than weeks or months.

The choice of Infinera for optical switches by KVH, which counts like of Activ Financial among its Asia clients and partners, follows Colt’s decision to deploy similar equipment in Europe earlier this year. Optical switches like those offered by Infinera deliver low latency by minimising non-essential processing of the signal as it travels through the network.

KVH’s investment in low latency infrastructure is just one example of how market practitioners of all shades are responding to what they see as a major opportunity to bring low-latency trading to Asia. Cable & Wireless’s Stanton points out that DMA is just opening up in the region, presenting the prospect of high growth for early movers. But uptake in Asia may be different from the US and European experiences, with high frequency traders swiftly moving to multi-venue trading, rather than single-venue, collocated trading structures.

Stanton identifies a number of key venues and routes outside of the usual suspects that are helping to drive this phenomenon. As we’ve noted, courtesy of Giles Nelson of Progress Software, India’s markets are undergoing great change. Stanton agrees that the Bombay Stock Exchange (BSE) is starting to give the National Stock Exchange (NSE) a run for its money. Other heavily traded routes include the Osaka-Singapore link, particularly as Singapore boosts the performance of its matching engines to sub-90 microseconds. Players are latency-arbitraging all of the above with traditional centres like Hong Kong, Singapore and Tokyo.

Stanton reckons that Asia’s new breed of high frequency trading shops have quickly recognised that the wide area network can be the slowest element of a high-performance trading set-up, and so they can enjoy quick wins by addressing network issues. While some with deeper pockets are building their own dark-fibre connections, many are turning to suppliers like C&W for their optical gear.

With what he calls “furious demand for talent” among the market players, many are turning to their suppliers to fill in the gaps in their expertise. As such, Stanton says, anyone entering the Asian marketplace needs to establish dedicated teams for dealing with the specialist requirements of the high-performance trading set. This is no place for generalists.

Whether Asia will deliver on its promise remains to be seen. Just as people are once again getting hot under the collar about the region, so others are predicting a dramatic slowdown of the Chinese economic engine that, if it comes to pass, will surely put a damper on things. That said, a recent study by Celent suggests the region is ripe for adoption of electronic trading and all that it entails.

END_OF_DOCUMENT_TOKEN_TO_BE_REPLACED 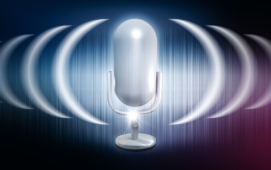