Following its rebrand under the heading of GBST Global Broker Services earlier this month, the vendor previously known as Coexis has released a new validation service for standard settlement instructions (SSIs). Dubbed Syn~SSI, the solution is aimed at reducing settlement failure caused by unpredictable changes in counterparties’ SSIs, says the vendor.

Australian vendor GBST, which completed its acquisition of Coexis in December last year, is seeking to provide users with a more customisable tool to set logic, calculations and validation rules for SSIs. Syn~SSI’s rules engine can thus be used to design and implement the user’s own SSI validation requirements and modelling tools.

The vendor claims this customisable functionality removes the delays for regression testing, or IT resource availability and resolves many of the interruptions to STP caused by inaccurate counterparty reference data. The solution is also a reaction to the current trend within the market, post-Lehman, to centralise the storage and maintenance of counterparty data such as SSIs.

Syn~SSI standardises, cleanses, matches, normalises, enriches and merges data from multiple internal and external sources. It can accept SSI inputs in a very wide variety of formats and protocols, for example, Omgeo Alert Direct, or batch uploads via user configurable Excel spreadsheets. It provides a single, agreed, golden copy of an SSI across the business and publishes it to all subscribing systems in the required formats.

According to GBST, the implementation of the solution reduces the cost of manual intervention and improves the efficiency of data maintenance by automating as much of the process as possible.

Since the acquisition, the vendor has been working on moving all of its institutional broker services onto a common technology platform. Over the past seven months it has been working to consolidate its UK operations with Coexis and UK Wealth Management (formerly Infocomp, which GBST acquired in August 2007) sharing a common infrastructure and corporate services in London.

The rebranding under the GBST heading is part of this rationalisation and consolidation, which the vendor hopes will allow it to strengthen its sales pipeline. There has also obviously been a degree of rationalisation and integration on the staffing side. Shah was previously CEO of Coexis and was appointed to his role at GBST shortly after the acquisition was finalised. Terry Williams, formerly executive chairman of Coexis also joined the board of GBST.

Syn~SSI was co-developed by Serisys Solutions, GBST’s Hong Kong-based exclusive Asian regional development partner, incorporating feedback from banks in the region. Pilot trials with bank users in Asia proved that they can respond more quickly and flexibly to changing SSIs than ever before with Syn~SSI, claims Shah. Coexis and Serisys have been partners for the Asian region for two years; the vendors signed a partnership agreement in March 2007.

Prior to the GBST acquisition, Coexis’ revenues and implementations largely derived from UK, France, US, Hong Kong and Singapore. The GBST business, on the other hand, was almost entirely Australian. The Syn~ solutions now under the GBST banner tackle areas including: multi-site, middle and back office securities processing, enterprise wide reference data management, corporate actions, multi-exchange and multi-central securities depository.

END_OF_DOCUMENT_TOKEN_TO_BE_REPLACED 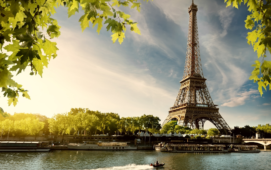