The creation of a global legal entity identifier (LEI) system under the watchful eye of the Financial Stability Board has taken a major step forwards with the endorsement by G20 financial ministers and central bank governors on Monday 5 November of the Regulatory Oversight Committee (ROC) for the system. While G20 approval for the charter was expected, it was not certain, making a positive decision in its favour a starting point to initiate the process that will establish the ROC. The ROC is critical as it is responsible for governance of the global LEI system and is a prerequisite to the creation of a global LEI foundation on which the Central Operating Unit (COU) will be based. Beyond the COU, Local Operating Units (LOUs) will then be established.

The ROC structure includes a plenary, executive committee, committee on evaluation and standards, and support for other committees as necessary. The charter champions the importance of broad public interest in the development and operation of the LEI system and underlines this with references to wide, global participation in membership of the ROC plenary, and jurisdictionally balanced membership of the ROC executive committee.

The plenary will consist of one representative from each member of the ROC – these members will be public authorities such as regulators and standard setters, as well as public international financial institutions – and it will be the ultimate decision-making body of the ROC.

The ROC is responsible for setting up the executive committee, which will initially have a maximum of 23 members. The charter states: “Membership of the executive committee is to be balanced jurisdictionally and regionally. The initial composition is to consist of a maximum of five members from at least two jurisdictions in each of the following regions: North America, including Mexico and the Caribbean; Europe, including the Commonwealth of Independent States; Asia, excluding the Middle East; and Central and South America, Africa, Oceania and the Middle East. In addition, up to three members may be appointed to represent global public international financial institutions and standard setting bodies.”

Reviewing the charter, the FSB states: ‘Ensuring regional balance is instrumental to encourage global participation and acceptance. The executive committee will be balanced geographically to support the global nature of the project.’ Acknowledging that the timeline to system launch is tight, the FSB suggests in a note sent to the G20 ahead of last weekend’s meeting a timeline for the formation of the ROC along these lines:

6 November – FSB announcement of the process and procedure for assent to the charter;

10 January 2013 – Initial deadline for assent to the charter. To form the ROC at least 11 authorities must assent and they must be a mixture of authorities form the regions identified for membership of the executive committee;

Late January 2013 – The first meeting of the ROC plenary, which will form the executive committee, elect the fist chair of the ROC and mark the official end of the FSB Implementation Group (IG);

While the charter sets down the framework of the ROC and its approval initiates the creation of the organisation, it does not resolve ongoing operational problems that are being tackled by the FSB IG and Private Sector Preparatory Group (PSPG). Breaking down the LEI work programme into the areas of governance, operations and reference data, the FSB underlines what must still be done.

In the area of governance, it notes that the FSB IG is tasked to develop a plan for the formation of the COU by interested industry participants under the oversight of the ROC when it is formed. The location and exact legal form of the LEI foundation on which the COU is based must also be decided, while the IG and PSPG are also developing criteria for directors of the foundation who will be selected by the ROC. Recommendations for the location and selection criteria of foundation directors will be made to the first meeting of the ROC.

In terms of operations, PSPG members are building on specification documents with a focus on how the system can address issues such as data quality and local languages and character sets. It is also considering how to draw most effectively on local infrastructure to deliver a federated LEI system. Proposals will be prepared by the end of this year.

Reference data, a concern among potential users of the system and data vendors, is also under scrutiny. The IG and PSPG are due to prepare initial recommendations on additional reference data covering direct and ultimate parents of legal entities and relationships including ownership by the end of this year. Many market participants say this issue should have been addressed earlier in the development process, begging the question of whether enough will have been done for them to work successfully within the system when it is introduced in March 2013 or soon after.

END_OF_DOCUMENT_TOKEN_TO_BE_REPLACED 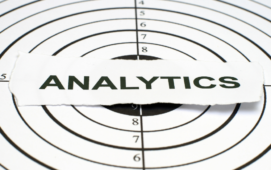