Interactive Data Corp. – the parent of FT Interactive Data – saw third quarter revenues grow 10.4% over the same period last year to $122.9 million, with net income of $21.8 million, compared with $18 million in the third quarter of last year. Organic growth – excluding acquisitions such as FutureSource and the effects of foreign exchange – was 4.8%. Specifically, the FT Interactive Data division generated over 65% of IDC’s revenues, contributing $82.3 million, an increase of 8.8% over the same period last year. Growth was strong in North America at 10.5% due to both new sales and the expansion of business within current key accounts, while European revenues increased by 4.1% and Asia/Pacific revenues were flat. Clients for its Fair Value Information Service grew from 67 in the second quarter of 2004 to 89. 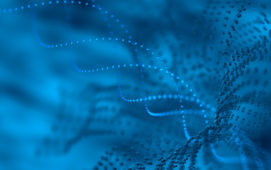 Digital transformation is a requirement to succeed in today’s information economy. As business leaders begin to acknowledge this necessity, they seek to navigate a successful path to digitisation, but they must start with a foundation of data understanding, maturity and trust – a crucial prerequisite for the digital transformation adventure. This webinar will consider the...

END_OF_DOCUMENT_TOKEN_TO_BE_REPLACED

Xenomorph Moves from Product to Solution Sales, Drops TimeScape Brand But Not Technology

Xenomorph has regrouped and is chasing growth following the appointment of Neil Sheppard to lead the EMEA and APAC business, a reset to solution rather than product sales, and restructured funding. The company has been pretty low-profile in the market over the past few years, particularly since Brian Sentance stepped down from the role of...