The US Financial Stability Oversight Council (FSOC), which has been charged with monitoring systemic risk across the US financial services industry, is currently embroiled in debate about what constitutes a “systemically important financial institution” (SIFI) with the Securities and Exchange Commission (SEC) and the industry at large. The European Financial Stability Board (FSB) is also engaged in talks this month with regards to setting capital requirements and introducing resolution plans for SIFIs active in the region. However, much like the FSOC, Mario Draghi, chairman of the FSB and governor of the Bank of Italy, stated during a meeting in Rome this week that no decision has yet been made with regards to the number of firms that will be designated as SIFIs.

Draghi noted at the meeting that the FSB would follow an “accelerated timetable” toward agreeing on the rules before the scheduled meeting of G20 leaders in November. It seems that the high degree of uncertainty at the moment about how many firms will fall under the SIFI category and thus be subject to a greater degree of scrutiny by the US central bank or European regulators is set to continue for some time. Figures for non-banks that could fall under scrutiny, for example, have ranged from anywhere between a handful (fewer than 10) and a cartload.

Stefan Walter, secretary general of the Basel Committee on Banking Supervision (BCBS), on the other hand, has this week indicated that his group has “developed a methodology that embodies the key components of systemic importance.” The parameters that the BCBS has suggested should be used to determine whether a bank (rather than a SIFI) is systemically important include size, interconnectedness, substitutability, global activity and complexity, he told delegates to a conference on Basel III at the Financial Stability Institute (download the full speech below – page 5 onwards deals with the subject).

FSOC, which was created as part of the Dodd Frank reform process (learn more about the regulator on the US Treasury website here), is also due to make a final decision on the matter mid this year and has scheduled a public debate on the matter to take place next month. US regulatory discussions on the subject up until this point have largely taken place behind closed doors and there is a high degree of nervousness caused by this uncertainty in the market at large. One of the most contentious items seems to be whether hedge funds will fall under the category and what this will mean for their operations and the stability of this sector overall.

To be classified as a SIFI, according to FSOC, a firm should be engaged in financial activities of some sort and, under one proposal, have US$50 billion or more in total consolidated assets. However, the regulatory community is not limiting the classification to these criteria, judgements will also be made based on interconnectivity with regards to the rest of the financial market, ergo non-banks will be judged on the basis of the “extent and nature of the company’s transactions and relationships with other ‘significant’ non-bank financial companies and ‘significant’ bank holding companies,” according to the FSOC in its February draft paper on the subject (available to download below). This criteria is seemingly in keeping with that of the BCBS, although vital detail is lacking.

END_OF_DOCUMENT_TOKEN_TO_BE_REPLACED 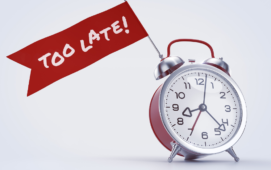 By Sylvain Thieullent, CEO of Horizon Software. After a prolonged period of firefighting to solve problems right up until deadline day, the industry could be forgiven for thinking that their MiFID II worries were now behind them. However, over two years on from implementation day, the market may have to brace itself for further changes to...