The plans for the establishment of a US-based reference data utility in the guise of the Office of Financial Research continues to make its way through the US political system and it seems that many of those from the risk management world feel it will make a difference for the better. The Professional Risk Managers’ International Association (PRMIA) has given its seal of approval and vendors such as FRSGlobal are also hopeful that it will provide much needed clarity around data standards. Willi Brammertz, senior risk advisor at the vendor, explains how he reckons it will help firms to meet their liquidity risk and Basel III requirements.

The proposals in the US reform bill are around creating an Office of Financial Research, which would include a data centre that would be charged with collecting, validating and maintaining all the required industry data for the monitoring of systemic risk. It is based on the idea behind the National Institute of Finance (NIF), which has been championed by a number of academics in the US markets and the EDM Council. Much like the NIF, it proposes to establish a data research and analysis centre to monitor systemic risk on behalf of the wider regulatory community and to publish those data standards for wider use in the market.

Many in the market are sceptical that the utility will get off the ground due to the potentially high cost and significant implementation challenges involved in setting up such an infrastructure. However, others are confident it can be achieved and believe it will represent a significant step forward for the industry in terms of its ability to measure systemic risk.

Brammertz is one such proponent and he believes the utility will provide a solution to the current lack of data standards by clarifying definitions of reference data items such as financial contracts. “The lack of common definitions for data items such as individual financial instrument contracts is the culprit behind the silo structure that plagues financial institutions across the industry,” he contends.

He firmly believes that the Office of Financial Research proposals are a forward looking measure that could create a common language via which financial institutions could more effectively communicate. “It would provide a sandbox for all and it changes the regulatory focus from analytics to inputs,” he says. “Rather than relying on firms to provide regulators with analytics, regulators will be able to do their own analytics based on this data.”

Of course, this means that banks will have to supply the required data inputs and this poses its own challenges, given that there are a number of standards to choose from. Brammertz recognises that this decision is an important one and refers to definitions of contract types and basic reference data as a first step. By making the basic reference data standards public, he reckons the market will be compelled to follow the Office of Financial Research in implementing these standards.

Brammertz also reckons that within financial institutions themselves there is a need for the introduction a consistent firm-wide interface between firms’ reporting systems and outputs and their data warehouses, acting in a similar manner to the Office of Financial Research’s proposed analytics layer. A consistent event-based analysis engine would enable the accurate transmission of the correct data from the warehouse to the downstream systems and for reporting purposes, he says.

His argument is similar to that of other proponents of the Office of Financial Research. What it doesn’t elaborate upon, however, is how to go about deciding on the right standards to be contained within such a utility and how much it would cost to get a publicly run infrastructure such as this off the ground.

END_OF_DOCUMENT_TOKEN_TO_BE_REPLACED 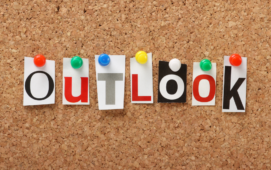 RTSV Regulator Panel: Global Perspectives – The Outlook for Regulatory Compliance and RegTech in a Post-COVID World

Last week saw the launch of A-Team Group’s immensely successful RegTech Summit Virtual 2020, with five days of intense and exclusive live content across a myriad of platforms, panels, live chats, interviews and presentations. The event kicked off with a detailed debate on the post-pandemic outlook for regulatory compliance, hosted by Jo Ann Barefoot (CEO...