According to a recently leaked Banque de France report, the French central bank is attempting to unite the countries in the EU to set up their own clearing counterparty (CCP) for the credit default swap (CDS) market. It is thought that the proposals are in reaction to the announcement earlier this week by London-based LCH.Clearnet that it would be establishing a European solution, despite being out of the euro.

Details concerning who would lead this initiative are lacking at this point, but given the timescales involved, it is likely that any contender will need to make some sort of announcement in the coming weeks. European Commissioner for Internal Market and Services, Charlie McCreevy, has been repeatedly calling for a European CDS CCP to be in place by the end of this year.

The French central bank’s plan has also raised concerns about protectionism in the European markets, as the proposals seem to be arising from concerns about the jurisdiction of the CCPs being outside of Europe.

Dealers across Europe have already agreed to use the CCPs once they have launched, which may be as early as the second half of 2009.

END_OF_DOCUMENT_TOKEN_TO_BE_REPLACED 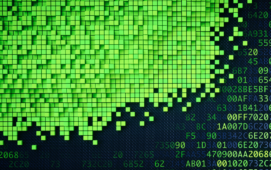