Gregg Whitbread, product manager for Xymbology, explains: “It was a natural extension of FOW Tradedata’s service offering to build the AII data feed after being in the business for a number of years providing mandatory transaction data for exchange listed futures and options to both the regulator and UK regulated parties.”

The more extensive requirement under MiFID to passport transaction records across and to view concentrated trading within EU jurisdictions demands not only uniform instrument symbology, but also its consistent application along the reporting chain. “When it became clear some years ago that the transaction reporting process would change under MiFID, we monitored communications closely in order to understand how these would manifest themselves, how this differed from existing requirements and what we would need to do to ensure that we were in a position to provide the mandatory reportable content for AII,” says Whitbread.

“We began working on the project in the third quarter of 2007, when details were published specifying the attributes that the AII was composed of, and completed the development in July 2008,” he continues. “It was essential that we completed the development by the third quarter of 2008 in order to ensure that we were in a position to provide the content well in advance of the anticipated date for AII reporting of November 2008.”

In terms of the integration, all of the markets and attributes from which the AII is composed were already part of our existing data collection process, says Whitbread. This made building the feed a relatively straightforward process once the requirement was clearly understood, he explains.

According to the vendor, the adoption by the industry of the AII as an enriched data field for key markets will facilitate the process of transaction reporting within an automated environment capable of handling increases in trade volumes. Whitbread adds: “Clients using the existing range of Xymbology products have already reduced costs through more efficient transaction processing and have gained tangible competitive advantage in the market place.”

He continues: “It’s essential that the attributes which form the AII are applied consistently along the reporting chain, so the feed will be of interest to all participants across the EU charged with delivering MiFID compliance whether they are the regulator, a competent authority, an approved reporting mechanism or a trading firm.”

According to Whitbread, a subscription to this service will provide a client with a consolidated feed including all of the attributes required to report trading activity in the determined asset classes on AII markets, which can be delivered on a daily basis and used as either a primary or validating feed.

FOW Tradedata entered into a strategic collaboration with the London Stock Exchange last year to bring Sedol instrument codes, in addition to other identification codes used within the industry, fully into the futures and options market.

END_OF_DOCUMENT_TOKEN_TO_BE_REPLACED 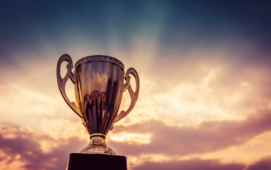 The Results Are In… Trading Tech Insight Awards USA 2020

The A-Team Group Trading Tech Insight Awards USA winners were announced this week in the second year of the North American edition, and while we were sad not to be able to hold our usual glittering reception to celebrate the winners, their achievement is no less redoubtable. US market practitioners and suppliers are facing unique...