After three years as head of common reference data for Royal Bank of Scotland (RBS) and, prior to its acquisition, ABN Amro in the Netherlands, Martijn van Lunteren has exited the building. As noted by Reference Data Review earlier this month, RBS has made no secret of its plans to cut around 3,500 back office jobs over the next few months, so van Lunteren is unlikely to be the last data management executive to vacate the premises.

Van Lunteren is now touting his services as an independent contractor for project management, consultancy and analyst roles.

From 2007 until this month, van Lunteren was business owner for the group-wide Common Reference Data department, which transitioned from ABN Amro into RBS in 2008. The department is a centralised function within the group responsible for the sourcing, maintenance and distribution of common reference data and, in particular, supporting the firm’s Basel II reporting globally.

As noted by former colleague and head of reference data at RBS Mark Davies, a centralised department such as this is not the norm in the market, as most other companies have centralised data management systems at a divisional level. A significant initiative is also continuing within RBS to improve the overall quality of its reference data as part of its One Risk project.

During his time at ABN Amro and RBS, van Lunteren was responsible for the management and budgeting for the business team, overseeing the offshored operations team in ACES India and had functional responsibility for the technology team including its outsourced partner.

Within RBS a golden source was created for calendar data that is retrieved from an external supplier covering currency/bank, trading and settlement data. Van Lunteren acted as the responsible project manager for the successful design and deployment of the service and its roll out to more than 40 applications across RBS.

He started his career at ABN Amro back in 2000 as team manager for group billing.

END_OF_DOCUMENT_TOKEN_TO_BE_REPLACED 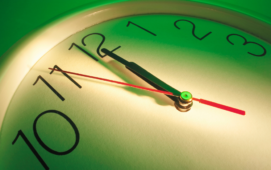