Fiserv Overall Revenues Improve in Fourth Quarter, But Financial Segment is Down 4% for 2009

After a difficult third quarter, Fiserv has indicated that its overall financial prospects picked up in the fourth quarter of 2009, with a 2% increase in net revenue on the previous year’s figures at US$1.01 billion. This means that the vendor’s total adjusted revenue for the year was down 1% on 2008, from US$3.89 billion in 2008 to US$3.87 billion in 2009. However, the payments segment of the business contributed the largest percentage of growth for the vendor overall, at 50%, and the Financial segment revenue declined overall for the year by 4%.

It was certainly a rather quiet year for its corporate actions solution, with not a single public client win. The vendor did however announce in September that it had invested in its eVent corporate actions automation solution and released a new upgrade, aimed at improving the flexibility of election and instruction processing and the notifications process with more customisable options. It is no doubt hoping that this investment will pay off in 2010 with the signing of new clients.

As noted by Geoff Harries, vice president of product strategy for the Investment Services division at Fiserv, when he spoke to Reference Data Review in October last year, the vendor is looking to gain more traction with its corporate actions solution in the buy side community. Harries noted that the client pipeline was looking a lot “healthier” as firms had finally begun to crack the door back open on corporate actions automation projects that were put on hold as a result of the economic climate. Fiserv is therefore pitching its solution at the larger end of the asset management spectrum, the “top five category”, according to Harries. “Asset managers’ margins are slimmer in this current market environment and they are therefore less able to absorb losses in their P&L and this means they are more willing to invest in automation.”

Fiserv has indicated that it expects 2010 adjusted internal revenue growth to be in the range of 1% to 3%. It will be interesting to see how much of this growth is accounted for by the Financial segment of the business in comparison to the traditionally more profitable Payments segment.

END_OF_DOCUMENT_TOKEN_TO_BE_REPLACED 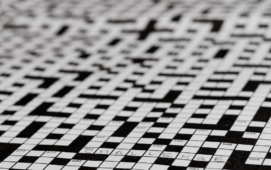 The Derivatives Service Bureau (DSB) has had an interesting few years. Founded by the Association of National Numbering Agencies (ANNA) to facilitate the allocation and maintenance of International Securities Identification Numbers (ISINs), Classification of Financial Instrument codes (CFIs) and Financial Instrument Short Names (FISNs), in 2019 the group was also designated by the Financial Stability...