The Financial Information Services Division (FISD) of the Software and Information Industry Association (SIIA) today announced that Stuart Clark, former president and CEO of Interactive Data Corporation, is the recipient of FISD’s third Market Data Lifetime Achievement Award. The honor recognizes a long and distinguished career dedicated to the advancement of the financial information industry. FISD members voted on the award in September, and the selection of Mr. Clark was announced during the biennial World Financial Information Conference in Athens, Greece.

“Stuart’s leadership and vision have set the standard for excellence in the market data industry, said Tom Davin, Managing Director of FISD. “His 40-year career and his success in growing Interactive Data reflect a commitment to innovation and company success. He is very deserving of this award, and I congratulate him on this accomplishment.”

Under Clark’s leadership, Interactive Data expanded its offerings through both internal innovation and strategic acquisitions to establish itself as one of the industry’s largest providers of financial market data, sophisticated analytics and related solutions. Many of the world’s best-known financial service and software companies subscribe to the Company’s services in support of their trading, analysis, portfolio management and valuation activities.

During Clark’s tenure as CEO, the Company’s revenue, net income and net cash provided by operating activities grew steadily — with annual revenue increasing from $314.1 million in 2000 to $750.5 million in 2008. Interactive Data now has approximately 2,400 employees in offices located throughout North America, Europe, Asia and Australia.

Prior to his appointment as CEO, Clark served as president of Interactive Data Corporation – as it existed before its merger with Data Broadcasting Corporation – since 1995. From 1993 to 1995, Clark was a director of UK-based Financial Times Information, with specific responsibility for the Market Data division. Prior to 1993, Clark led the Market Data division of Extel Financial Limited, which was acquired by Pearson plc’s Financial Times Group during that year. He began his career as a researcher at Extel in 1968, progressing through a number of positions of increasing responsibility.

“I am truly honored to be the recipient of such a prestigious award from FISD, and I extend my sincere thanks to the award committee and to the members who selected me for this accolade,” said Clark. “As I look back and reflect on my career with Interactive Data, I have been very fortunate to enjoy a 40-year career with a company that is now a significant force in the financial industry. It has been my privilege to have led the business for many years and to have worked with such a talented team of colleagues in developing lasting relationships with customers and partners.”

END_OF_DOCUMENT_TOKEN_TO_BE_REPLACED 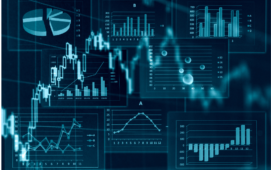 Franz Inc., a provider of graph database technology, and Smartlogic, a provider of semantic AI technology, have collaborated to help large enterprises accelerate deployment of highly-scalable, distributed, semantic knowledge graph solutions that can process real-time information and retrieve knowledge from data stored across the enterprise and beyond. Both companies are based in California and have...