Fine Lines Between FCA and EU on MiFID II

UK markets regulator, the Financial Conduct Authority (FCA), has issued its consultation on the implementation of MiFID II, with some significant differences to the rules published by the European Commission, particularly for the buy side.

The level of surprise these changes hold for firms will typically depend on their size and investment in tracking the regulatory process says Asif Abdullah, director & principal consultant at GreySpark Partners.

“The large firms have had programmes in place for over a year tracking the Level 1 text and Level 2 consultation and regulatory technical standards,” he says. “Now they have seen the latest FCA consultation paper they wouldn’t have had any great surprises. I think on the other end of the scale smaller firms don’t have the capability to invest in tracking what is going on, they have been holding off until l they have more certainty. They will see this paper as the starting pistol to begin the race. Their policy will be to have as many third parties assist them as possible and not have to take on the burden in-house.”

MiFID II introduces a number of major changes for firms. It demands a split in the payment for research and execution, allowing investment managers to choose to pay from their own balance sheet, from an account into which the client has to pre-pay funds, or from using a commission sharing agreement to segregate funds for research from broker payments, but without any correlation between the level of execution commission being paid.

The effect will be to change the way research is understood and distributed says Sarah Jane Mahmud, regulatory analyst at Bloomberg Intelligence.

“I think we are going to be moving more towards menu pricing,” she says. “Asset managers will more closely scrutinise the value of research and they will be freer to shop around brokers and also more independent research providers as well, so you will see opening up competition in the research industry. That’s why I think we will see menu based pricing.”

The EU rule is agnostic as to which asset class it applies to across the board, and the FCA said in its paper last February and again in the latest document that it will expect the research restriction rule to apply in fixed income markets as well.

“The industry had a different interpretation, it will be interesting to see what happens there,” says Mahmud. The existing rule in the UK for research commission rule also applies to collective investment portfolio managers and the FCA has kept that application in its transposition of the directive.

Mahmud says, “The EU MiFID II rule doesn’t apply to those sort of managing hedge funds, alternative investment funds for their collective investment funds under the AIFMD but for consistency with the local regime and the UK FCA wants to extend the EU rules to those managers operating in the UK.”

That is a significant development for hedge fund managers, and potentially an interesting challenge for the relationship between the sell side and the alternative fund managers, particularly if there is room for regulatory arbitrage.

“The European Commission, even though it has been talking about potentially extending these rules to hedge fund managers, to collective investment managers, it hasn’t yet consulted on doing that,” she notes. “So it’s very unlikely that those kinds of rules would come into play across the whole of the EU.”

The MiFID II rules also determine that communications between buy-side and sell-side are captured and recorded in a sequential manner, so that any transactional process can be tracked and examined. This has also been extended by the FCA so that “discretionary investment managers be fully subject to the requirement to tape, and the taping requirement applies to corporate finance business.” The regulator goes on to say it might apply the rules to “Article 3 firms” who provide no advice and do not hold client money, as one possible route to enhancing consumer protection concerns.

Rachel Lindstrom, senior consultant at GreySpark Partners say, “The issues around that are, how do you know what is going to lead up to a client interaction? Very early conversations may just be general enquiries, does that need to be captured? So I think there is a little bit of confusion and complication or underestimation of the amount of information that is needed to be captured. And how do you store sequential conversations if your clients are coming at you through various different channels?”

The FCA is typically ahead of the curve in issuing advice on how regulation will be transposed. Germany’s regulator BaFin has issued a consultation paper, but the majority of EU national competent authorities have not. A major concern amongst asset managers will be the likelihood of differences between regimes.

“There is always a question of whether there might be potential regulatory arbitrage between the FCA and the French regulator the AMF, who at the other end of the spectrum, don’t want to gold-plate anything,” says Abdullah. “I think they got the balance about right.”

Nevertheless some buy-side firms may choose to adopt the higher standards as best practice, creating a de facto industry benchmark which would be used more widely than the UK. That too could create challenges.

“There is still a great deal of uncertainty and contradictory views as to how the rules might play out globally,” says Mahmud. “In recent meetings I saw some asset managers who are under the impression that rules like this will not take effect worldwide, that asset managers won’t roll out the system on the global basis. Whereas other asset managers that I met a couple of hours later are getting their systems prepared for the EU rules that might be the benchmark worldwide.”

END_OF_DOCUMENT_TOKEN_TO_BE_REPLACED 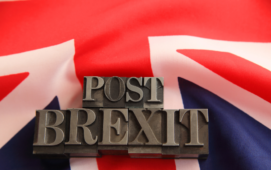