Exclusive: A Preview of Benchmarks for Tibco’s FTL 1.1

Las Vegas is the destination this week for many Tibco users attending its annual Tucon event. The highlight for many might well be a show by 90s rockers Train at the big party on Wednesday night. But for all of us in the low-latency world, the focus will be on Tuesday’s keynote, when benchmarks for the recently released version 1.1 of FTL messaging will be announced. And here’s a little preview …

The bottom line is that compared to its 1.0 release, the 1.1 offering provides a big latency reduction for both intra-server and inter-server communications.

For intra-server, latency is reduced from 384 nanoseconds to 318. For inter-server using InfiniBand and RDMA, it’s down from 3.1 microseconds to 2.2. Both those numbers relate to marketing-friendly 16 byte payloads.

But for more realistic financial markets payloads, the numbers are still pretty good. For example, benchmarking 128 byte payloads, intra-server messaging is 354 nanoseconds, while InfiniBand RDMA is 3.4 microseconds, and 10gE RDMA is 4.14 microseconds.

But according to Tibco’s senior product architect for messaging Bill McLane, the server platfom had little impact on the improved performance. The work done by Tibco itself, particularly on optimising the code paths of the messaging APIs and on network transports, led to most of the latency improvement.

Also new in 1.1 is a graphical interface for FTL’s Realm server, used to design and administer an entire FTL environment.

At Tucon, Tibco will also provide some details of FTL 2.0, which will focus on improved performance and better administration tools to accelerate real life deployments. It is slated for release before year end.

Tibco execs aren’t yet naming any customers for FTL, though a case study at Tucon featuring the Chicago Mercantile Exchange and Intel gives one pointer in that respect.

Recorded Webinar: How to establish a sustainable solution for data lineage

This webinar has passed, but you can view the recording by registering here. The implementation of data lineage is complex but necessary, driven by regulation such as BCBS 239 and internal needs to gain a better understanding of risk, reduce systems complexity and eliminate duplicate data and processes. The webinar will discuss the essential elements...

END_OF_DOCUMENT_TOKEN_TO_BE_REPLACED 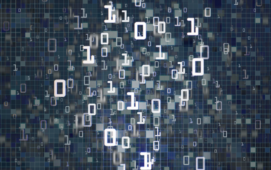 TickSmith Partners with BMLL to Help Firms Monetise Their Data, and Integrates with Snowflake’s Data Cloud

Montreal-based TickSmith has announced a collaboration with BMLL, the data and analytics company, that will enable data producers, including exchanges, trading venues and data vendors, to generate new revenue streams by creating and distributing analytics derived from their data. TickSmith’s Enterprise Data Web Store allows data-rich firms to create their own customisable data web store,...