After more than six years at the helm of Standard & Poor’s Fixed Income Solutions business, Krishna Biltoo has headed off to pastures new, and particularly green pastures at that. Biltoo is now joint CEO at carbon finance ratings, research and analytical solution provider, IDEAcarbon.

The start-up was founded back in 2007 and is aiming to provide the nascent carbon trading market with independent analysis and ratings. IDEAcarbon also owns the Carbon Rating Agency, which was launched in 2008 and is aimed at creating a global standard for carbon risk.

Biltoo’s full title is now CEO of IDEAcarbon Markets and executive vice president of IDEAcarbon Group and the vendor is hoping his expertise in credit market analysis and risk management will lend itself to further development of its data business.

At S&P, Biltoo was managing director and head of Fixed Income Solutions, a role that involved driving a fourfold growth of the business between 2003 and 2010 in the EMEA region. Prior to this, his roles included head of Information Services with CreditTrade for two years and 22 years at Reuters in various teams including leading a team in the credit and risk space, as well as a number of other roles serving FX, money and credit markets. He was also previously a non-executive director of the RiskMetrics Group.

END_OF_DOCUMENT_TOKEN_TO_BE_REPLACED 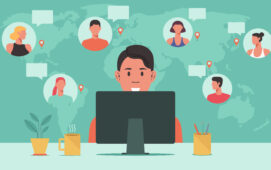