Ex-Bloomberg manager Joseph Haddock has departed the data vendor after 13 years to join Annaly Capital Management. Haddock, who was previously in charge of data services including corporate actions at the data giant, is now executive vice president of operational risk at the New York-based buy side firm.

Haddock spent just over 13 years at Bloomberg in New York, as well as spending four years as an adjunct professor at Rider University’s Finance department. He has previously been a speaker on the subject of corporate actions data and its impact on the front office and exchange traded funds (ETF) business.

END_OF_DOCUMENT_TOKEN_TO_BE_REPLACED 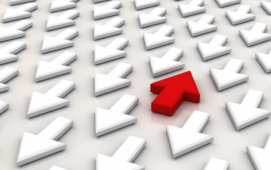 Canoe Intelligence has replaced its founding CEO Seth Brotman with Jason Eiswerth as the fintech prepares next phase growth that will further develop its machine learning and natural language processing platform that extracts and digitalises data from PDF reports for institutional investors, allocators and asset servicing firms. The growth plan will be supported by Series...