MarkLogic Corporation today announced that Ken Bado, a veteran technology executive who most recently was the executive vice president of sales and services at Autodesk, has been named CEO and a member of the board of directors.

Bado, 56, was at Autodesk for eight years and led sales and services under former Autodesk CEO Carol Bartz. During his time at Autodesk, Bado was key in driving revenue from US$800 million to more than US$2.3 billion. The company’s share price increased more than 800% during his tenure. He envisions exceptional growth at MarkLogic as well.

“MarkLogic has the foundation, the technology, and the people to be a multi-billion dollar company. In a relatively short time, the company has experienced tremendous growth and now it is my job to multiply it ten times over,” said Bado. “The technology is groundbreaking, the people at this company are by far some of the smartest in Silicon Valley, and the customers and partners we work with are in on a secret that we’re dying to tell the rest of the world – that gaining insight into your business by managing your unstructured information is the only way to win. My philosophy is and always has been that it is all about the people. My goal is to develop and employ the best and brightest for MarkLogic so that our partners and customers benefit from an expertise that is unmatched by our competitors.”

Bado added, “More than 80 percent of today’s information is unstructured and it’s typically too big to manage effectively. The Big Data movement and the market demand for software to solve Big Data problems will continue to fuel MarkLogic’s growth and momentum. You can’t rely on 30-year-old relational database technology to solve today’s unstructured information problems. Any organisation is doing itself a disservice by not calling MarkLogic – a company with a proven technology, trusted business practices, and a desire to be a true partner to the people who buy from us.”

“We are very excited to have Ken Bado leading MarkLogic in the next wave of its expansion,” said Mark Kvamme, partner, Sequoia Capital, and chairman of the board, MarkLogic. “Ken is a seasoned technology executive and the leader that the board was looking for. We met many candidates, and Ken was the obvious choice. He has a strong track record of deep management expertise, driving technological innovation and building customer and partner relationships. With a clear vision of what MarkLogic is and where it is headed, Ken is the perfect person to lead the company into the next era.”

Prior to his success at Autodesk, Bado spent 11 years at Mentor Graphics, in positions of increasing responsibility in sales, marketing, customer support, and consulting before becoming senior vice president of world trade, where he managed 1,200 people. Bado previously was a top sales representative at Intergraph Corporation. He has been a member of the Bethany College board of trustees since 2006.

This webinar has passed, but you can view the recording here. MAKE DECISIONS WITH CONFIDENCE Financial services firms need access to accurate, transparent and complete data in order to meet complex business demands. Bloomberg understands these challenges, and is committed to providing innovative enterprise solutions and expert service. Cynthia Sachs, Global Head of BVAL Product...

END_OF_DOCUMENT_TOKEN_TO_BE_REPLACED 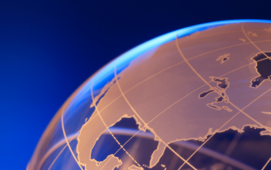 Change at the top as Christian Kromann, SimCorp COO and member of the executive management board since 2019, succeeds long-standing CEO Klaus Holse. The change takes effect tomorrow, 2 September 2021, and marks the end of an era for Holse, who has led the company for nine years. SimCorp says that over the past two...