A European Commission sponsored working group has made public a consultation document that details harmonised communication standards for general shareholder meetings in Europe. According to the Joint Working Group on General Meetings (JWGGM), the standards are aimed at increasing the levels of non-domestic shareholder participation in general meetings across Europe and are part of the set of measures to remove the obstacles identified as barrier 3 on corporate actions in the Giovannini Group reports.

The JWGGM says that feedback on the proposed standards from the issuer, market infrastructure, banking and investor communities is expected by mid-February 2009. To facilitate this feedback the involved associations are publishing the consultation document on their respective websites.

The working group operates within the European Commission’s Clearing and Settlement Advisory and Monitoring Expert Group (CESAME), whose mandate is to achieve the goal of a barrier free single European market for clearing and settlement of securities transactions. JWGGM was established at the end of 2005 and is composed of delegates from the main European associations representing companies issuing shares, central securities depositories, intermediaries and stock exchanges.

Mario Nava, head of the Financial Markets Infrastructure Unit at the European Commission and chair of CESAME, explains the drivers behind the recommendations: “Corporate actions and general meetings are an important part of post-trade processing but they are saddled with divergent national rules and industry practices. Hence the need for common industry standards to achieve a true single European securities market.”

Nava is therefore supportive of the intentions of the draft standards of the JWGGM: “The Commission has consistently supported the coordinated set-up of standards for corporate actions. The public consultation should ensure transparency, detailed feedback as well as broad support.”

While foreign ownership of shares continues to grow, exercising the corporate rights that come with the shares, in particular the right to vote at the shareholders meeting, is too often hampered by technical, practical and legal obstacles. A major obstacle is the lack of timely and clear information and of streamlined communication processes to pass on the information across national borders. The standards drawn up by the JWGGM are aimed at eliminating these national differences and removing operational barriers to the free flow of key information between the issuer and the shareholder, says the group.

Dorien Fransens, chair of the JWGGM and secretary general of the issuers’ association EuropeanIssuers, explains: “The presently proposed standards are the fruit of three years hard work by a group of dedicated people representing all key parties involved in the organisation of general meetings. Thanks to their commitment we can now propose to the European market a harmonised system for passing information from the issuer to the shareholder and for bringing information from the shareholder back up to the issuer in a timely and cost efficient manner. Both domestic and foreign shareholders will thus be enabled to effectively participate and vote in general meetings, whatever the shareholder’s background and wherever in Europe such meetings would be held.”

There are three areas covered by the standards, starting with the notice of the issuing company to convene a shareholder meeting. This is followed by a process to determine who is legally entitled to participate in the general meeting and vote and, finally, an easy mechanism for a shareholder to notify his or her intent to attend the meeting and to cast votes.

The proposed market standards are set against the background of the Shareholder Rights Directive issued by the European legislator on 11 July 2007. The three processes covered by the present standards are in line with the core subject of the directive, according to the working group. Where the directive provides for the main rights and obligations of the concerned parties in relation to general meetings, the present standards provide for best practices to make these rights and obligations effective.

END_OF_DOCUMENT_TOKEN_TO_BE_REPLACED 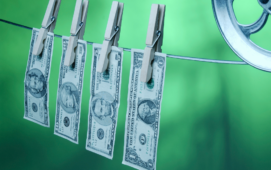