CounterpartyLink has announced a three year, enterprise-wide agreement to provide legal entity data to Europe Arab Bank (EAB) in London. EAB is a new wholly-owned subsidiary of Arab Bank, providing a niche service to European companies and individuals wishing to transact with the MENA region.

Philip Hindley, head of compliance at EAB, says the bank looked at the services of a number of suppliers on an informal basis over a long period of time and “found the weakness with a lot of these providers was the coverage”. “EAB’s client base, which covers the Middle East and North Africa, meant that we needed a European reference data supplier that could obtain comprehensive data from often difficult regions,” he says. “We tested suppliers with a list of clients and waited to see what they came back with. CounterpartyLink stood head and shoulders above the competition for the type and coverage that they provided.”

Europe Arab Bank (EAB) will initially subscribe to the standard Version 1.3 of the product and look to upgrade to the new Version 1.4 in the next few months.

Version 1.4 of the product will aid compliance with forthcoming legislation such as the Third (EU) Money Laundering Directive and MiFID, CounterpartyLink says (Reference Data Review, March 2007).

“We had been in conversations with CounterpartyLink for a long time and to start with Version 1.3 of the service was the only show in town,” Hindley continues.

“We were consulted over the development of data to be included in Version 1.4. We were later shown a proof of concept for Version 1.4, the functionality of which we liked, but decided not to go back to the drawing board and are implementing 1.3 so that we can iron out any inconsistencies in the data and hopefully smooth the implementation of 1.4, making the process simpler and quicker,” he adds.

EAB selected CounterpartyLink for the company’s depth and breadth of entity coverage, and its ability to work closely with the bank to meet its expanding requirements over time. As the bank continues to develop in Europe (currently having offices in London, Paris, Frankfurt, Madrid, Vienna and Rome), it anticipates a growing need for high quality legal entity data to support its business operations, as well as the compliance requirements related to Know Your Client, MiFID and other market regulations.

“For a compliance officer, our concern is being able to provide consistent data across all our customers with full evidence of the information we hold,” continues Hindley. “With Counterparty-Link’s service we can confidently supply the evidence with a fully auditable trail, without the headache of the filing and retrieval of paper documents. The functionality of 1.4 will also give us the ability to classify customers and take on customers without having to ask the client for all the usual necessary information. This is a very important tool for us as it relieves the pressure of what was previously an enormous manual task and it is also appealing to clients as we will be able to move much quicker into the delivery phase of the customer relationship,” he says.

END_OF_DOCUMENT_TOKEN_TO_BE_REPLACED 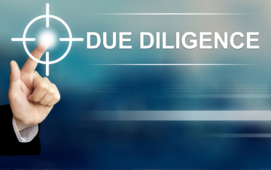