Hardware-accelerated trading solutions provider Enyx has partnered with Options to offer its nxFeed market data distribution system through the Options Velocity platform. The combined solution aims to offer the benefits of FPGA-based data delivery at a lower cost point via a managed service business model.

The service is initially being offered from Options colocation facilities across the New Jersey co-location corridor of Weehawken, Carteret, Secaucus and soon Mahwah, with customer demand dictating further expansion.

Managed services are becoming increasingly attractive to minimize costs as well as complexity in the trading process. Indeed, the topic generated lively debate at our recent Intelligent Trading Summit in New York on May 13 (you can listen to the discussion here). But just how much of a benefit can customers expect to get from outsourcing their trading hardware, both in terms of latency and cost?

According to Laurent de Barry, Founder and Head of Application Engineering at Enyx, it was this drive to offer customers a less technology-intensive solution that prompted Enyx and Options to seek out the beginning of this partnership around six months ago. The arrangement made sense, since both firms had a lot of mutual customers operating in similar market segments.

Through the partnership, the Enyx feed product will become the first ‘fully featured’ solution available via Options to feature FPGA. De Barry is hopeful that, with Options having “such a good network, distribution to the customers will be really efficient.”

The service is yet to launch, but de Barry reckons “in a competitive market such as Nasdaq, with a lot of market data, our latency can average 1.5-1.8 microseconds,” offering customers that are already using their services a significant competitive advantage.

In terms of actual dollar savings and enhanced profitability, de Barry estimates that there are two key components that make this offering very affordable. For a large Tier 1 bank capable of building a similar setup, he notes, it takes “millions of dollars of investment” to create something comparable when opting for an in-house solution.

Even when using off-the-shelf products from Enyx or another vendor, de Barry says that the expense is still very significant expenditure. By comparison, de Barry says, using the Enyx feed via the Options network absorbs most of the hardware and licensing costs, because customers are only charged for the market data they use and any high instances of ‘torque’ caused on the data servers.

The second significant piece of cost saving comes from the competitive advantage. With modern markets requiring serious low-latency and technologies like FPGA to keep up, the expense of frequent upgrades can be overwhelming for many firms. De Barry mentions that at Enyx, “we’re trying to bring that to people who cannot pay that amount of money to reach that gain, and who cannot usually afford that level of service.”

However, the challenge here is to create a “fair service no matter how many users are using the solution,” because you don’t want performance to dip as new customers sign up. Indeed, the Intelligent Trading Summit panel generated a number of questions about how quality of service can be maintained despite changing participants or market conditions.

De Barry says that the Options partnership represents a first step, with further deployments planned in the US equities markets, as well as across other asset classes, venues and geographical regions.

END_OF_DOCUMENT_TOKEN_TO_BE_REPLACED 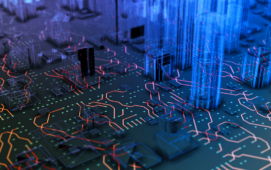