The European Insurance and Occupational Pensions Authority (EIOPA), one of the three industry focused, European level bodies that was created at the start if the year, has released its proposals for XBRL-based templates and a new taxonomy to be used when sending quantitative reports to the regulator as part of their compliance requirements under Solvency II. Firms have until 7 September to provide feedback on the proposals, which are aimed at harmonising the data that must be submitted to regulators during the reporting process.

This technical consultation is aimed at garnering feedback from the industry about the XBRL taxonomy, the possible impacts firms will face during the implementation process, such as cost and resource implications, and the maintenance of the taxonomy post-implementation.

The taxonomy in these proposals is based on the templates that were informally consulted upon with EIOPA stakeholders in January this year. The regulator indicates that further work on the taxonomy will take place in the coming months and it plans to disclose the next version of the taxonomy simultaneously with the disclosure of the content of reporting templates, after approval by the board of supervisors in October. The regulator has developed a sample taxonomy that it says: “represents the different types of data organisation in the Solvency II quantitative reporting templates.”

As for the feedback itself, the regulator is aiming to ascertain the industry’s experience of using XBRL, the taxonomy’s relationship to business processes and whether the terms are used correctly within it. EIOPA is looking for feedback on all aspects of implementation in terms of the costs, resources and time impacts of the proposals. Given that XBRL has significantly less penetration in this sector in the European region, these estimates are likely to be fairly high.

On that note, the EDM vendor community has been eagerly awaiting the Solvency II deadline, given its focus on fostering data quality improvements within the insurance, pensions and asset management industries. Many vendors have been heavily promoting their capabilities to support the practitioner community as it moves towards compliance with the new directive, which is hailed by many as a portent of how Basel III might evolve in a practical sense.

EIOPA is looking for feedback to be sent back to consultation.taxonomy­201107@eiopa.europa.eu in the templates provided in the paper.

END_OF_DOCUMENT_TOKEN_TO_BE_REPLACED 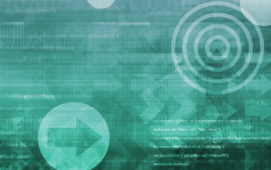