Efama (the European Fund and Asset Management Association) applauds the EU Commission decision to protect European ISIN data users to the extent possible under EU competition law. Efama stresses that this decision is a major victory for the European financial services industry which will save approximately $100 million per annum in ISIN license fees going forward.

This response comes as the EU Commission published the public version of the decision of 15.11.2011 on Standard & Poor’s (S&P) commitments to terminate the case with respect to its unlawful licensing behaviour towards end users of International Securities Identification Numbers (ISINs).

The Association is also pleased that the EU wide market test in May and June 2011 resulted in further improvements in the final commitments agreed between the EU Commission and S&P. In particular, the definition of license free usage of ISINs has been expanded to cover now all uses of US ISINs by end users in the ordinary course of their business. Efama calls on the EU Commission to continue to protect European data users and to strictly monitor the implementation of the commitments which will start in a few months.

Efama deplores that S&P has failed to cooperate voluntarily with the financial services industry in the EU in the past and still does not want to address valid user concerns. For example, S&P does not accept globally applicable commitments. Therefore Efama, AFG, BVI, Cossiom, IPUG and SIPUG will continue their fight and will launch a complaint in Switzerland shortly. The associations are confident that the new complaint will succeed too and that S&P will be required to stop the illegal ISIN licensing practice in Switzerland. Efama calls on S&P to take this chance and offer a fair solution to the market place now.

END_OF_DOCUMENT_TOKEN_TO_BE_REPLACED 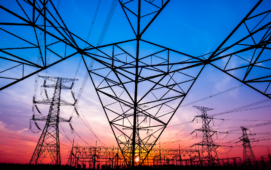