The Enterprise Data Management (EDM) Council will throw its weight behind a semantic solution for the proposed global legal entity identifier (LEI) system at next week’s Financial Stability Board (FSB) meeting of the LEI Private Sector Preparatory Group (PSPG) in Basel.

Managing director of the EDM Council, Michael Atkin, who is also a member of the FSB advisory panel, is expected to describe the development of a semantic solution for the LEI by the Council and the Object Management Group (OMG), and share a value proposition that could solve the legal entity conundrum.

David Newman, chair of the EDM Council’s semantics programme, and vice president, strategic planning manager, enterprise architecture at Wells Fargo Bank, says, with his EDM Council hat on: “We believe we can offer value around the LEI. There is not a better human facing representation of the LEI than that presented by semantics.

“Operationally, linked graphs could be built covering the LEI and information on its parent, counterparties and other relationships. Using the machine intelligence inherent to semantics it is then possible to make inferences, perhaps to build a relationship hierarchy. By interconnecting ownership of entities, transactions, contracts and market data it is also possible to identify transitive exposures across entities. Taking a semantic approach to LEI data means it can be rolled up faster and better than it can be using conventional technologies.”

Arguing that semantic technology is the optimum way forward for the LEI, Newman points out that it would not negate other standards, such as the XML markup language, as semantic meaning can be aligned to other forms of representation. He also notes that semantics would supplement rather than replace legacy technologies and would be layered into in a financial firm’s technology stack. This layer could be the EDM Council’s and OMG’s Financial Industry Business Ontology (Fibo), which the organisations hope will become an industry standard. Entries in legacy databases would be mapped to the semantic ontology, allowing both financial firms and regulators using Fibo to access the same high-quality and correctly classified data.

Newman explains: “If financial institutions, repositories and regulators used the same semantic filer, there would be data flow across the organisations and a lift in confidence, there would also be the lift of more integrated data and analytics across the data. Semantics can provide conformity, alignment and interfaces for the LEI, it could be part of the fabric of interconnected services and offer better linkage and transparency, and a system based on semantics could be integrated with other organisations that are part of the LEI system.”

While the EDM Council will propose a semantic solution for the LEI at next week’s FSB PSPG meeting, Newman acknowledges that adoption of the technology is emerging only slowly and that there will be no big bang switchover from conventional to semantic technology. But he does note the strength and interest behind the EDM Council, essentially a group of about 90 leading financial firms looking to improve data management in support of applications such as risk management. He says: “Financial institutions using semantic technology can achieve faster, cheaper and smarter risk management in their portfolios. Regulators also have access to the data they need. Long-term, it makes good sense to adopt semantics.”

In the short-term, Newman says some firms are working with semantic technology on a small scale and suggests it will take some years to gain traction. But the basics are there to achieve the next step in information management and, as Newman puts it, to reach a higher peak of data maturity.

Both the EDM Council and OMG believe semantic technology, and particularly Fibo, should be viewed as a foundation for financial data standards. The business case boils down to the facts that semantic technology: incorporates machine intelligence; describes concepts and data using ontologies based on smart data schemas; is understandable to both humans and machines; can express, link, integrate, classify and reason over data; and is smarter, possibly cheaper, and can offer faster time to market than conventional technologies such as XML and relational concepts.

“Semantics is about data in a network, not in tables and rows and columns. You can see data relationships and describe rules and concepts as axioms that make up the business rules in the business ontology,” says Newman. “Semantics delivers better quality data and can make inferences. Data can be classified in many way and changes can be made quickly as there are no tables and no physical coding is required. In a sense, this is virtual information made powerful using machine intelligence.”

At next week’s FSB PSPG meeting, where around 15 organisations are expected to present full or partial LEI solutions, the EDM Council will present the work it has done with the OMG on a business entity ontology that can include the LEI and many other types of data along with meta data that can give a more detailed picture of entities. This ontology will be the first to be published as a free, open source resource and it is due to be available in the first quarter of next year. An ontology for interest rate swaps is also on target for the first quarter. Newman concludes: “The EDM Council and its members are attempting to set an industry standard for semantic data management. It has buy-in from financial institutions and the regulatory community, so we hope this concurrence of support will create a standard that will be adopted and deliver consistent high-quality data.”

END_OF_DOCUMENT_TOKEN_TO_BE_REPLACED 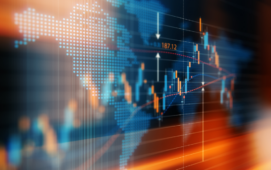