It seems that the majority of Reference Data Review readers out there remain sceptical of the European Central Bank’s (ECB) proposed reference data utility. According to the results of out October reader poll, 43% of you do not think the proposals are practical enough to warrant being considered a desirable concept for the market.

The basic idea is to establish and maintain a national repository of financial transaction and entity position data in order to allow market participants access to vital standardised reference data. The ECB’s proposals also include compelling issuers to provide data to a utility via regulation and to provide that data back to the industry on a cost recovery basis. The response to this has been mixed from the market and a number of readers have already written in to voice their concerns.

The majority vote against the concept supports the general feeling noted by Reference Data Review at the last EDM Council meeting and during Sibos that a utility that goes hand in hand with more regulation is not popular with many in the market. Panellists who spoke on the subject at Sibos in September in Hong Kong, for example, noted that a regulatory driven reference data utility isn’t a desirable concept for the market because of its potential to stifle innovation.

The discussions at the EDM Council meeting centred on the US version of the utility plan, the National Institute of Finance (NIF), but also highlighted the scepticism around providing a utility in a market rife with different data dialects. If there is no standardisation at the moment, how can a utility hope to impose a new set of standards on a cash strapped market that is unwilling to alter its business processes accordingly?

Not everyone is against the idea, however, as 36% of you indicated that the concept is great in theory but is in need of revision and 21% believe it is suitable as it is and will bring benefits to the market as a whole.

Perhaps Francis Gross, head of the ECB’s external statistics division, will have some luck convincing those 43% of you that are not keen on the idea to change your minds when he provides more details on the subject at next month’s FIMA conference in London? He is intending to provide an “update” on the utility project, which may include some more details about the project, which is currently at the very early concept stages.

If nothing else, more clarity about the concept will help firms to better understand the implications of its introduction. No doubt, Gross is expecting a barrage of questions already. We encourage readers that are attending to get involved.

END_OF_DOCUMENT_TOKEN_TO_BE_REPLACED 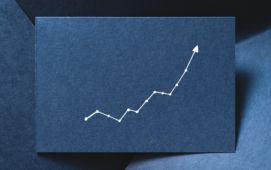