Aiming to bring control of its Global Corporate Action (GCA) Validation Service in-house and to improve the quality of its corporate actions data, the DTCC has been developing its own platform to support the service, replacing existing Xcitek XSP technology. The new platform is scheduled to go live in September, according to sources.

A document outlining the DTCC’s development agenda says the new platform, which is currently undergoing client testing, “will ensure scalability and the technical robustness to support increasing numbers of customers and securities”, as well as generating “significant operational and systemic efficiency”.

By bringing the technology in-house, it is understood that the DTCC wants the flexibility to make changes to the platform to meet client requirements according to its own timetable. It also wants the ability to take updated feeds of corporate actions information from data vendors and custodians in tandem rather than in series, freeing up more time for data cleansing. The management of data in series has been a constraint in the existing service. Some users say there have been disappointingly high levels of duplicates among the corporate actions data being produced by the service. They hope the new platform will help to address this.

Reference Data Review understands that in the short term the change of platform will be transparent to GCA Validation Service clients, while behind the scenes, the improvements should increase the speed and responsiveness with which DTCC staff are able to perform their work.

In releases next year the DTCC plans to introduce enhancements to the web browser service, which enables GCA Validation Service users to perform historical searches on corporate actions data beyond their securities of interest files.

The GCA Validation Service provides a centralized source of scrubbed information about corporate actions including tender offers, conversions, stock splits and some 100 other types of events for equity and fixed income instruments traded in Europe, Asia-Pacific and the Americas. Clients include Goldman Sachs, JP Morgan Securities, Credit Suisse, UBS and Merrill Lynch. Several new customers are expected to be signing up in the next two months, as a result of DTCC’s focus on client acquisition for the service in 2006.

The development of the new GCA Validation Service platform, originally scheduled for an August launch, is separate from the asset services re-engineering project that the clearing side of DTCC has undertaken in conjunction with Tata Consultancy Services, under which a new core integrated corporate actions platform will be delivered in stages by 2009.

The original GCA Validation Service, underpinned by the corporate actions data management module of XSP, Xcitek’s corporate actions processing system, was launched – with assistance from Accenture – in 2003. The service is an offering of the Global Asset Solutions subsidiary of DTCC, and is also supported by DTCC staff, who enrich the data with follow-up research.

Since its launch, the GCA Validation Service has been upgraded by the DTCC. In January 2004 it added a custodian verification enhancement to the service, enabling another level of validation by comparing custodians’ announcement negotiations with announcements generated by the service. In 2005, DTCC made the GCA Validation Service data available in ISO 15022 as well as in its proprietary format; several corporate actions solutions vendors certified their interoperability with the ISO 15022 GCA output, including Xcitek, Checkfree, Information Mosaic, Mondas, N Tier and Vermeg. Then in September 2005 at Swift’s Sibos conference in Copenhagen DTCC announced it had made the service available via Swiftnet.
Also in 2005, DTCC says it made a number of enhancements to the technological underpinnings of the service, to enable staff to process exceptions six hours earlier in the day and increase service level agreement composite ratings to 99.1 per cent. In addition, DTCC expanded its operations in the Asia-Pacific region, basing half of its team of 60 staff in its Shanghai service centre, to ensure a “follow the sun” capability.

END_OF_DOCUMENT_TOKEN_TO_BE_REPLACED 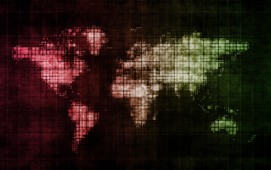