Starting today, DTCC is including specific additional information to that already shown in tables 6 and 14 for the top 1000 single reference entities posted on its website. This new information will cover the type of market (for example, corporate, government), sector (for example, financial services, sovereign) and the ISDA (International Swaps and Derivatives Association) Determinations Committee Region (for example, Americas, Europe, Japan, Asia Ex-Japan, and Australia NZ) for each single named reference entity.

DTCC will also be posting a new table showing traded activity on a weekly basis initially for the top 1000 single-named reference entities. Being published in a new Section 4, this table is an extension of a report released last June and can be used to understand contract liquidity better. Similar to the data issued in June, the table will show traded activity levels and exclude certain contractual booking events (for example rebooking for clearing, and portfolio compression), which are not representative of price-making activity. Further enhancements will continue to be made to enrich the data for asset types, such as indices and tranches.

“We have seen considerable interest among market observers in getting a better view on the types of contracts and sectors that make up the largest portions of the CDS market, and see continued interest in volume levels,” said Stewart Macbeth, general manager, DTCC Trade Information Warehouse. “Adding these specific classifications to the gross and net notional values and number of CDS contracts already published for these single reference entities will enhance the ability of the market to assess these contracts as part of a sector group or region. Providing additional traded volume information will build on the one-off report published in June, originally designed to give regulators more liquidity information, as they look at clearing.”

It is one of DTCC’s bedrock principles that all interested regulators should have unfettered access to Warehouse information to help further their respective regulatory missions. DTCC has also called for comparable access to data for regulators interested in specific trading patterns regardless of location. The standards for release of CDS data maintained in the US to non-US regulators would be the same as those for release to US regulators.

Since launching the Warehouse in 2006, DTCC has worked closely with market participants and in consultation with regulators across the globe to build a robust central repository that provides an accurate snapshot of the CDS market from a central vantage point. DTCC has also been collaborating with the OTC Derivatives Regulatory Forum, which is made up of more than 40 international financial regulators, to meet their objective of fostering a global framework for the sharing of data requested by regulators from the Warehouse. The Forum recently provided DTTC with new guidelines on the sharing of CDS data from its global CDS trade repository, helping bring greater clarity and building consensus on the process for responding to regulatory requests.

Earlier this month DTCC announced its plans to establish a new European subsidiary, DTCC Derivatives Repository Ltd, which will maintain global CDS identical to that maintained in its New York-based Trade Information Warehouse. Headquartered in London under a regulatory application filed with the Financial Services Authority (FSA), the new subsidiary is intended to help ensure that regulators globally have secure and unfettered access to global CDS data on (CDS) by establishing identical data sets on two different continents.

END_OF_DOCUMENT_TOKEN_TO_BE_REPLACED 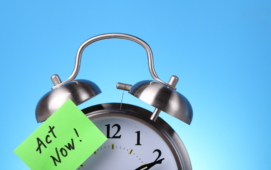