Trading system vendor Mantara has filed for Chapter 11 bankruptcy protection and will see its technology pass to Deutsche Bank, one of its customers. A request to the company’s CEO Michael Chin for further information was not responded to, but it is thought that the company has essentially ceased operations.

Mantara sold Catalyst, an extensible desktop trading environment that came with its May 2012 acquisition of UNX, and ExpressWay, a low-latency EMS and pre-trade risk solution.

ExpressWay’s technology architecture was notable for its use of network processors, which offer the kind of performance advantages of FPGAs, but with much greater easy of programming.

END_OF_DOCUMENT_TOKEN_TO_BE_REPLACED 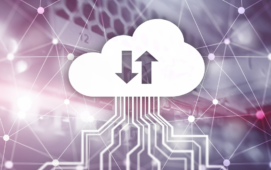 Why the Future of FX is in the Cloud

By Vikas Srivastava, Chief Revenue Officer, Integral. The momentum behind cloud in financial services is building, and quickly. With big names such as IBM moving into the space, it signals that this is the future of financial markets infrastructure. Looking specifically at FX, there are many reasons to believe that firms are shifting towards this...