DataArt Round Table Discusses the Implications of Innovation

Financial services firms need to innovate to meet changing client expectations, but will innovation prove transformational for large incumbent firms or will it support only evolutionary development? This question and others around business models, new technologies, fintech start-up and regtech were the subject of a recent round table discussion hosted by technology consultancy DataArt.

Skinner started the conversation with a snap-shot of investment in fintech start-ups, particularly in London, and questioned their potential as agents of change. Powell described fintech as both an opportunity and a threat, and suggested fintech firms could be the R&D labs large firms can’t afford and could provide innovation to support business growth. He also noted the need for regtech based on Big Data to solve data management problems around regulatory reporting.

Considering the extent of innovation in the finance sector, Moyce likened change to moving deck chairs about on the deck of Titanic, rather than looking at the icebergs and considering the impact on financial services of huge companies such as Google, Amazon and Alibaba. Looking forward, he noted the need for technology platforms and communities, and cited Alibaba, the Chinese e-commerce firm that is building a bank on a commercial-style platform, and Metro Bank in the UK, as firms that are beginning to meet this need.

Arguing the case for change, but in an evolutionary rather than transformative way, Barker noted innovation at the front end of financial firms, but continuing need for innovation at the back end. He suggested banks should look at innovation not only from their own perspective, but also from the customer’s perspective and that banks could be disruptive if they changed their traditional wholesale relationships with customers. To support change, he said content needs to be separated from process.

Eblen, product lead at online discretionary investment management company Nutmeg and a former Google executive, also put customer needs first, saying customers would drive change on the basis of demand for things that are instantaneous and simple. Newman said banks can decide whether they want to innovate or whether they are scared of change, but warned that the latter will lose business to those that innovate.

While the speakers agreed that innovation is essential, but difficult in a time of regulatory pressure, they did not entirely agree on the technologies that would support innovation, naming everything from artificial intelligence and distributed ledgers to Big Data, intelligent platforms and cloud services. They did, however, agree that change is more likely to be evolutionary than transformative, a sentiment echoed by a show of hands from the audience.

END_OF_DOCUMENT_TOKEN_TO_BE_REPLACED 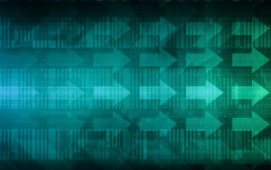