Squarepoint Capital’s expansion of its use of Kx Systems technology for investment research capitalises on the provider’s strength at normalising data, tying together data sources and increasing the speed of its data processing — in a manner that sets the stage for more effective transaction cost analysis (TCA).

“Squarepoint wanted to access tons of historical market data, tying it in with their own internal order execution data for research purposes, to do TCA and back-testing — and discover various alpha patterns in the data,” says Quill.

MiFID II, the Fundamental Review of the Trading Book (FRTB) and other new rules for trading surveillance are making TCA capability a necessity. Kdb+ also serves as an underlying database and analytics engine for Thomson Reuters’ Enterprise Platform For Velocity Analytics, drawing on Thomson Reuters’ market data, as well as other market data sources, says Quill. “With this solution we’re actually tying two data sources together in one place,” he says. “This makes TCA very fast and very applicable. … It can now do real-time surveillance and sniff out the algorithms’ [activity in trading].”

Squarepoint’s increased use of Kdb+ fulfills its desire for faster access to data, according to Quill. “Now that memory has become a lot cheaper and a lot larger, people can share these environments,” he says. “You can have various quants all working on their own strategies and all hitting the same data set, but they don’t get in each other’s way.”

END_OF_DOCUMENT_TOKEN_TO_BE_REPLACED 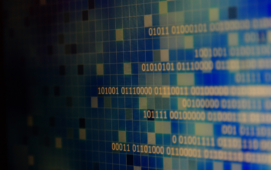 CJC, specialists in market data technology consulting and services, has completed a full migration of its managed service tooling and products to the public cloud, and will now operate a ‘cloud-first’ policy for all internal systems and products. In the process, CJC has also migrated its client base to the public cloud. Previously, the company’s...