The panellists agreed that too much of the industry effort to-date to meet these new regulatory expectations had been re-active and tactical, rather than pro-active and strategic. Rule Financial consultant David Field admitted that “It looks a mess, because it is a mess.” He added that people were just not properly prepared, although sell-side organisations were certainly slightly better off than their buy side counterparts.

HSBC’s Chris Johnson acknowledged this and said his organisation was doing its bit to help its clients. Part of this difference, he said, was due to investment banks and most brokers having in place existing data management capabilities, and even structures of responsibilities including the likes of Chief Data Officers. But he added that fund managers, particularly the smaller ones outside the main financial centres are requiring a lot of help to get up to speed.

He recommended all organisations that start to tackle this challenge need to take a step back and understand the bigger picture. “I am wary about regulator expectations that all this will be sorted easily,” adding “people need to spend some time out of their organisations to figure it all out.”

S&P Capital IQ’s Jelmer Brons said the situation was also creating the opportunity for third party support, saying “as it has brought a lot of people into this regulatory net for the first time, there is a great interested in outsourced solutions.”

Even experienced teams are finding the new challenges difficult, given the complexity of the new instruments emerging which, when combined with existing product and/or client identifiers are producing average field lengths of more than 40 characters and in some instances over 70. Johnson said “derivatives systems tend to be modern and able to accommodate these field lengths, but added “some legacy systems might not able to handle this requirement so easily.”

Brons agreed that a long-term strategic view is essential, even if not yet deployed, saying organisations must start work on developing LEI record management in a way that is not based on the historic manual and silo-based approaches. Field added that this out to be combined with a similar strategic approach to improving risk data aggregation.

He said this would ideally be developed under the leadership of a CDO – or other empowered individual, as part of what he called a 2020 Data Vision. Steve Goldstein, CEO of Alacra, added that regulators are expecting banks to deliver a “single view” of customers and therefore in order to be compliant they must start to improve internal reference data “across the board.”

Johnson said much of this came to head in Europe last month, when the latest deadline to be compliant with EMIR on Feb 12, extending reporting requirements across both exchange-based and OTC derivatives, in stark contrast to the “soft-landing” experienced in the US 18 months ago when similar regulations went “live” under their Dodd Frank frameworks. He said this was partly because Dodd Frank did not extend to the much more prevalent exchange-traded instruments.

It did seem from the general comments that the regulators behind EMIR delivered far less support for its audiences, both in terms of guidance and delivery. This led to significantly more confusion as well as an absence of resource to physically get things done to be compliant. There was therefore little confidence that even now, almost four weeks after the deadline, that much of the industry could confidently say it was compliant.

In fact, from some perspectives, it would seem that the sudden abundance of fresh data (and often incorrectly reported) has had the opposite effect of improving both the transparency and scrutiny that the new regulations are intended to achieve.

Nevertheless, all the panel agreed that, in the long run, these new reporting requirements, when supported by enhanced technology capabilities and vast improvements to standards and working practises, would be a significant benefit to the industry. But as Johnson noted, “so far it’s been like giving birth to triplets – lots of pain for very little immediate gain, but to deliver lots of joy in the long-term!”

We can only hope therefore, that the industry doesn’t get too bogged down by the detail and does start developing a more strategic approach that delivers the outcome Field says they should be aspiring to by 2020. It still seems a long way off – particularly, as Goldstein noted, “so far out of all the global equities and debt securities only about 9% have yet to be allocated an LEI.”

END_OF_DOCUMENT_TOKEN_TO_BE_REPLACED 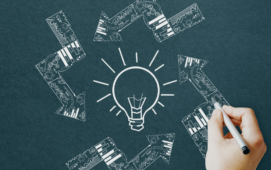