Reflecting the general desire within the user community for lower costs and easier access to instrument identifiers, this week, three US-based industry associations have sent a letter to the Securities and Exchange Commission (SEC) asking the regulator to step in and limit the fees that Standard & Poor’s’ Cusip Service Bureau (CSB) charges for its Cusip instrument identifiers. In the letter addressed to SEC chairman Mary Schapiro, the Bond Dealers of America (BDA) the Investment Adviser Association (IAA) and the Government Finance Officers Association of the United States and Canada (GFOA) state that a “rapidly increasing and non-transparent fee for the use and redistribution of Cusip identifiers negatively impacts market transparency and liquidity.”

The pressure CSB, which operates Cusip Global Services (CGS) and is managed on behalf of the American Bankers Association (ABA) by S&P, is coming under is nothing new and is indicative of the general mood in the industry regarding licensing fees for instrument identifiers. Across the pond, the Information Providers User Group (IPUG) is also putting pressure on vendors including CGS and its rivals to open up access to these identifiers and end what it deems to be unfair pricing practices. Moreover, CGS is already under investigation by the European Commission over its pricing of US ISINs, although a final ruling has still yet to be delivered.

The Commission’s investigations began back in 12 January last year and the Commission released its preliminary findings in November last year. In November, the Commission released a memo in which it indicated that it considers the vendor to be “abusing its dominant position” as the sole appointed National Numbering Agency (NNA) for US securities by requiring its European customers to pay licensing fees for the use of ISINs in their own databases. As the sole issuer and disseminator of ISINs in the US market, the Commission stated that CGS business is practicing unfair pricing and is therefore in infringement of Article 82 of the EC Treaty concerning rules on abuse of a dominant market position. CGS has since responded by “strongly disagreeing” with the ruling, but is awaiting further action to be taken by the Commission

The US associations’ letter is therefore yet another straw for the camel’s back. The BDA, IAA and GFOA are keen for the SEC to follow the example of the European Commission in examining the use of Cusips and their “financial and logistical impact” on industry participants. This is with a view to potentially taking rulemaking steps to either “limit or prohibit the CSB and S&P from requiring licensing fees from market participants, particularly in situations where the use of a Cusip identifier is mandated in the regulations of the SEC or self-regulatory organisations, or clearing and settlement utilities, or where such payments are inappropriate given the historic development and widespread usage of Cusip identifiers.”

The letter also asks the regulator to consider eliminating any “unnecessary mandatory” use of Cusip identifiers in its own regulations, financial reporting or those required by other market infrastructures. It therefore suggests that alternatives to these identifiers be considered, although it does not suggest any replacements directly.

It is this mandated use of Cusips and therefore the requirement to pay out to use these identifiers that is at the heart of this lobbying effort. The associations reckon it is “inappropriate” to be charged a licensing fee for items required by financial regulation, such as on forms needed to register securities with the Depository Trust Company. They indicate such pricing practices have a “chilling effect on market transparency” by providing an incentive against using identifiers due to the potentially high costs involved.

The group contends that CSB is being recompensed enough for its administrative efforts via what it calls the “significant fees paid by securities issuers and others at the time new identifiers are created.”

CSB has responded, however, by releasing a statement that indicates that it considers its licensing and charging practices to be: “transparent and in line with data provider industry norms and based on fair, reasonable and non-discriminatory terms.”

Given that these arguments are nothing new (they have been ongoing for quite a few years now), with both sides of the fence standing firm, the industry can expect much more of the same for some time to come. However, the final ruling of the European Commission may provide some impetus for change, although this can’t be guaranteed.

END_OF_DOCUMENT_TOKEN_TO_BE_REPLACED 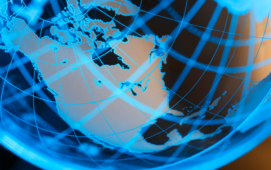 UK-based regulatory data integration specialist SteelEye has secured £5 million of new funding from Boston-based Beacon Equity Partners, a private equity focused on the financial technology space, to finance its expansion into the North American marketplace. The company has already opened an office in Boston and is in the process of adding 22 new staff...