The move towards corporate action automation is gaining momentum as firms come to accept that this is a key area and substantial gains can be made, according to a survey conducted in April and May by CityIQ on behalf of Swift and Smartstream.

Over 50% of firms interviewed place greatest reliance on custodians, sub-custodians and settlement agents as their main source of corporate actions announcements. This compares with only 12% of firms relying on data vendors for announcements, which are typically used as a back-up mechanism, albeit that their data has historically been the easiest way of importing corporate actions data into core systems without re-keying it. Other sources of reliance identified included local depositories, counterparties and market news announcements.

In nearly all cases, some components of the process have already been automated with many organisations having addressed the issues of importing third-party data feeds into their core processing systems to create corporate action event records, and automating the calculation/generation of basic entitlements.

ISO15022 was identified as a key motivator for automation by almost half of the respondents, but in the current economic climate most projects have to be ‘cost saving’ ones, reflected in the fact that 59% of respondents cited the reduction of operating costs as a major driver. In addition, 41% named corporate actions-related losses as another area where savings can be made, with several large custodian banks admitting to having budgeted approximately $4 million per annum for such losses.

In terms of time scales, the survey found that organisations are moving at their own speed, though there is good news for vendors – 18% of companies are looking to select a solution within the next six months and a further 30% will choose a vendor within a 12-month timeframe. Fifty-one per cent of companies are looking at a 12-month plus timeframe – and in some cases years. With this in mind, the survey authors believe that the market cannot sustain the number of corporate actions vendor specialists that abound today. As such, it is anticipated that consolidation will occur, and users will choose their suppliers based on their long-term financial viability.

Although there was general agreement that automation is a good thing, the benefits across the corporate actions process were not uniformly distributed and showed variations between types of firm. This reflected their volumes, their interaction with third parties and the number of third parties involved, as well as their current state of automation.

Asset managers have relatively little need for external client communication facilities as most of the decision makers reside within the same organisation. Most already have entitlement calculation tools within the core processing systems. Likewise, broker/dealers clearly feel more pain around data cleansing and position reconciliation – reflecting rapidly shifting inventories and that many of their transactions are in flight.

END_OF_DOCUMENT_TOKEN_TO_BE_REPLACED 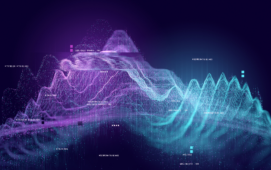