The rise of the clearing counterparty (CCP) seems unstoppable at the moment. Not only are efforts being made in Europe and the US to move OTC derivatives onto central clearing platforms with a view to reducing counterparty risk, Asia has got in on the act too. This news has not been welcomed by all parties in the market however, as a number of concerns have been raised due to the fragmented nature of the Asian region.

Euroclear, for one, has warned of the dangers of the introduction of a pan-Asian CCP, indicating that the lack of a cohesive framework for regulation and no single currency may pose significant problems. Philippe Dirckx, regional head for the unit of Euroclear, spoke to the press earlier this week and said that the plans may be foolhardy given the fragmented nature of the market.

The International Swaps and Derivatives Association (ISDA) has also raised concerns about the plans, citing the low volume of trading, especially cross border, as a key reason why a CCP may not be a practical approach to clearing. Keith Noyes, regional director of ISDA, told press earlier this week: “Japan may arguably have the economies of scale, but elsewhere it’s quite a fragmented market. The question is, could one jurisdiction set up a CCP other jurisdictions would be happy to use given different currency business days and some of the political rivalries in the region?”

Despite these concerns, it seems the CCP contenders are determined to push on with their plans. The Japan Securities Clearing Corporation and Tokyo Stock Exchange have formed a working group to draw up their proposals for a CCP and the Singapore Exchange is also considering a move to establish its own CCP.

Given the problems that are currently plaguing the European CCP arena, which are along similar lines to the concerns raised about Asia but to a lesser extent, an Asian CCP may be one step too far. If introducing harmonisation and competitive clearing across the euro zone is tricky, what hope does Asia, with its multiple currencies and regulatory frameworks possibly have? Moreover, another contender on the market will also fragment the post-trade environment further still by geography, which is surely not in the interests of a global, harmonised marketplace?

END_OF_DOCUMENT_TOKEN_TO_BE_REPLACED 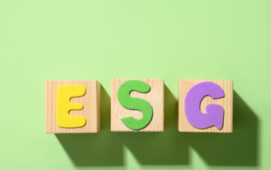 Alveo and Cognizant have collaborated to offer an Environmental, Social and Governance (ESG) data management solution for financial services firms. The solution comprises data operations and technology services from Cognizant that will support the implementation and management of an ESG Data-as-a-Service solution from Alveo. The aim is to allow firms to operationalise ESG data, integrate...