Chaikin Analytics, the equity analytics provider set up in 2009 by Wall Street veteran and real-time analytics workstation pioneer Marc Chaikin, has introduced Chaikin Analytics for iPad, an investment analytics application for the iPad and iPad Mini that is targeted to attract between 5,000 and 10,000 subscribers over the next two years.

Chaikin Analytics for iPad can be downloaded from the Apple iTunes store and permissioned by Chaikin Analytics. The introductory discounted subscription cost is $150 a month or $1,500 a year and the company is also offering a free iPad Mini to those who take an annual subscription. List price will be nearer $250 to $300 a month with subscribers expected to be hedge fund managers, portfolio managers, registered investment advisors and individual investors.

Chaikin Analytics CEO Marc Chaikin explains: “We introduced a free iPhone stock analytics app for individual investors in March 2011 and it was downloaded more than 40,000 times. We received feedback from users of the iPhone app who were also former institutional clients of the pioneering Instinet Research and Analytics workstation and they asked us to bring back the functionality of the Instinet R&A. There had been resistance to the Apple operating system in financial services, but this changed about two years ago and we decided the iPad was a good platform for a powerful analytics workstation.”

The resulting application includes cloud-based computation and an intuitive user interface that takes advantage of the ecosystem of the Apple iOS operating system. The company initially expected Chaikin Analytics for iPad to be used as a mobile analytics device outside the office, but many users are employing it alongside Bloomberg or Thomson Reuters terminals as it adds proprietary actionable analytics to the terminals’ news and information content.

To data, some 40 ‘friends and family’ and 60 subscribers signed up through in-house sales efforts are using the application, but Chaikin expects these numbers to expand dramatically, not only through direct subscriptions, but also through partner agreements. The company’s first agreement is with Convergex subsidiary, RealTick, a provider of order routing terminals to the institutional buy side with a population of about 6,000 terminals in the market.

Version 1.1 of Chaikin Analytics for iPad, which will be introduced mid-February, will include RealTick data and access to RealTick order routing capability, allowing users to trade on the iPad. RealTick will be Chaikin Analytics’ primary partner in the trading space, but Chaikin says the company is talking to other potential partners such as prime brokers that provide technology to hedge fund start-ups and wealth managers. With the cost of terminal subscriptions running from $1,000 to $2,000 a month he doesn’t envisage price resistance to the iPad app and says it has no direct competition in terms of depth of analytics and a user experience that takes advantage of all the Apple operating system has to offer.

END_OF_DOCUMENT_TOKEN_TO_BE_REPLACED 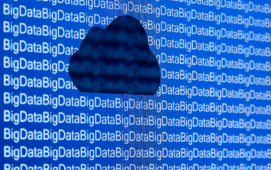